Sony’s The Amazing Spider-Man is generating its fair share of pre-release excitement leading up to its July 3 release. Reviews have been positive, and early tracking numbers are putting the reboot right behind The Avengers. 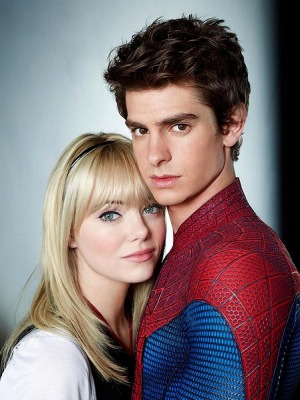 Die-hard Spider-Man fans (myself included) were nervous: Was it really necessary to reboot our beloved superhero onscreen again? And so soon after director Sam Raimi delivered an uneven installment in 2007’s Spider-Man 3?

Our fears, as it turns out, were baseless.

Columbia Picture and Marvel Entertainment are about to introduce audiences to a new Spider-Man — this time out played by The Social Network co-star Andrew Garfield — and early buzz has been extremely positive.

The film has been programmed into the coveted July 4 weekend slot (always a busy frame in the summer blockbuster season), and already is generating outstanding tracking numbers, according to The Hollywood Reporter.

“Pre-release [numbers are] impressive for the superhero reboot,” the trade reports, “suggesting a six-day opening of $125 million or more, the best showing of any summer film outside of box office goliath The Avengers.”

That’s fantastic news for a film that had to endure scrutiny from a skeptical fan base from the moment it was announced. Instead of Raimi and his Spider-Man (played by Tobey Maguire), Sony went back to the drawing board for a franchise reboot. They handed the reigns over to 500 Days (of Summer) director Marc Webb, cast Garfield (and his off-screen girlfriend, Emma Stone) and hoped for the best.

So far, it’s sounding like they got the best. If The Amazing Spider-Man hits that $125 million mark over the July 4 weekend, it would break into the Top 10 list of all-time opening weekends. (Harry Potter and the Deathly Hallows Part 1 sits at No. 10 with $125 million from its opening weekend.)

And so far, reviews have been positive. While journalists in the U.S. have been asked to hold reviews until closer to release date, U.K. critics are weighing in following The Amazing Spider-Man’s London premiere. Of the six reviews filed on Rotten Tomatoes, five are positive.

The Amazing Spider-Man opens in the U.S. on July 3. Are you planning on seeing it?