Famed director Oliver Stone has given up on Prozac in favor of some other more mind-altering — and less legal — substances. Apropos coming from the director of the new drug flick Savages. 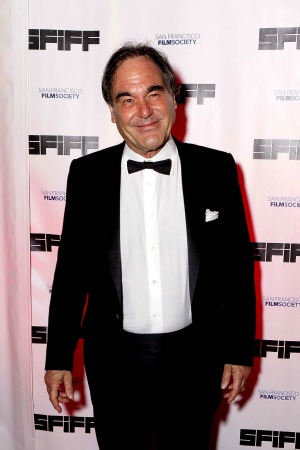 Oliver Stone is no stranger to controversy, and he definitely doesn’t give a whit what others think of him. No surprise then that the Oscar-winning director is being so open about his own drug use — not coincidentally as his new drug crime thriller Savages is just weeks away from release.

“I’m like Willie Nelson,” Stone told The Hollywood Reporter. “I believe the grass is God’s gift. California makes the best in the world now. When I was a kid, it was Vietnamese, it was Thai, Jamaican for a while. All my life I’ve been doing it, off and on. I can stop marijuana. I can [go without it] for weeks and weeks. I’m not addicted, but I enjoy it. I also enjoy alcohol.”

Weed and beer aren’t Stone’s only vices, though — he has a penchant for hallucinogens, too.

“Cocaine, I stay away from. But I believe in LSD, mescaline, mushrooms, ayahuasca,” he said. “You ever heard of ayahuasca? It’s a very strong juice that comes from the rubber trees. Ecstasy is great, too.”

Extreme? Maybe, but Stone said for him it’s better than the alternative of Prozac.

“I’ve taken medication, but it doesn’t work for me,” he explained. “I’m not a Prozac person anymore; I’ve already taken too much of that. I feel you have to confront it on a spiritual basis.”

“This movie reminds us that Oliver, when he’s working in his milieu, is one of the great directors of his generation,” said Universal Pictures co-chairman Donna Langley. “He’s been amazing to work with, exceptionally collaborative and sharp and intelligent, with a healthy dose of neurotic insecurity.”