It’s been a long time coming, apparently, as Natalee Holloway’s mom sues the National Enquirer for what she indicates has been an onslaught of “false headlines, articles and statements” over the course of nearly seven years. 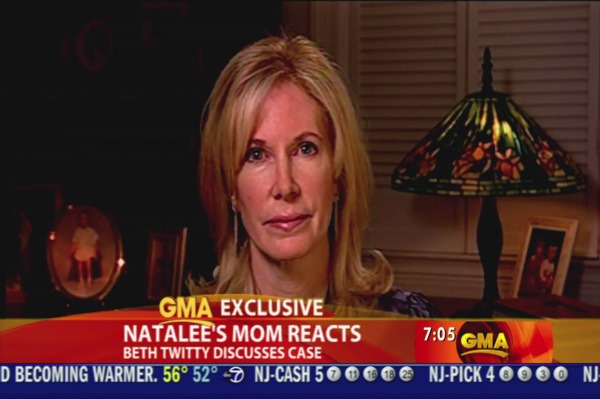 Natalee Holloway’s mom, Beth Holloway (formerly Beth Twitty) has become a celebrity of sorts after being thrust into an unimaginable nightmare. She’s appeared on countless TV programs, and even Lifetime’s Vanished with Beth Holloway.

Now, the mother of the 19-year-old who went missing during a spring break trip to Aruba in 2005, is in the spotlight again — this time, she’s suing The National Enquirer.

The Associated Press reports Holloway filed the lawsuit Wednesday, and (through her attorney) that the Enquirer and its publisher, American Media Inc., “keep doing it” — publishing those allegedly false headlines, articles and statements.

“We had no choice but to file this lawsuit,” said lawyer Lin Wood. “This is a mother who has exercised every effort to make sure her daughter is alive.”

The suit isolates several examples of the tabloid’s alleged fakery, including an article that claims the prime suspect tied to the disappearance of Natalee, Joran van der Sloot, drew a map of Holloway’s grave by hand and later secreted it away.

The suit also alleges the publication knew statements in stories were false, and published them anyway.

American Media Inc. is staying mum about the whole thing. It’s not like this is their first rodeo.

Beth can just get in line behind troubled country crooner Mindy McCready, Cher’s son Chaz Bono and countless other celebs who have sued or threatened to sue the Enquirer over the years.