Brave — the first female hero from the blockbuster dream team Pixar — opens this weekend and will more than likely stomp the box office competition. 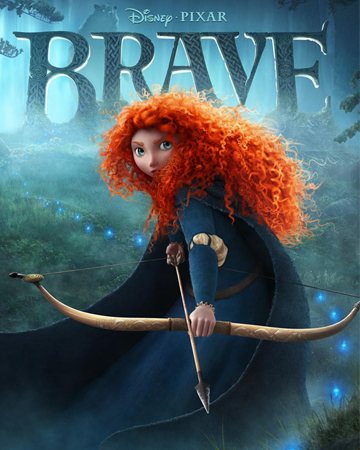 My five-year-old daughter and I will be first in line to see Brave. (My husband will be there too.) Why? Well it’s because it just looks awesome and yes, also, because it has a female hero.

There are so many things to be said about Brave I don’t know where to start! In an era of remakes, sequels and reboots, it’s an original script. It was created by a woman — a mom who was inspired by her six-year-old daughter’s “feisty” and “opinionated” nature (Brenda Chapman, development exec at Pixar). As any mom writer can tell you, it’s not unusual to have what I like to call the four-going-on-fourteen syndrome. But it begs the question:

Where are the all the girl superheroes?

Girls like superheroes and we have so few. Wonder Woman, anyone? There is no Wonder Woman cartoon animated TV series (and forget the movie which has notoriously languished in turnaround) like there is for Iron Man, the Avengers and even Star Trek (Netflix it). All watched by my little one. The closest female hero girls have is Power Puff Girls. Another favorite is Eon Kid (and yes, Ponyville). My daughter is almost five and once called Burbank “Burpbank.” She likes fairies more than princesses.

I once asked her what would make a good TV show for girls and she said (Hollywood, are you listening?), “All girls — no boys — who are superhero ballerinas.” Imagine that, crime-fighting ballerinas taking out bad guys one bobby pin at a time! (She also had a few other ideas. One involved a Lego™ creation she named “robot dragon,” which is pretty cool!)

A child’s imagination is ever-changing and pop culture often exposes her to more than I’d like, but one thing is certain: We cannot wait to see Brave.

So you have to wonder, with the success of Twilight and The Hunger Games, why is Hollywood not making more films for girls and women, created by girls and women — what marketing execs call a film’s “target audience.”

I don’t have the answer to that. If Brave does well (which I know it will), perhaps it will be another indication that the old idea that boys are the only ones who go to movies is just that: an idea so old it’s prehistoric.

Why don’t they hire more female writers and directors? Meryl Streep (one of my favorite actresses) recently asked a similar question. Especially with the success of her film, the Iron Lady.

It’s interesting to note that women kinda know their subject matter. Women can (and do) write action films as well. I know one writer who works with James Cameron who’s a woman (interestingly, most of his heroes are female as well). But gee, Avatar, I mean, who even noticed how much that movie did at the box office?

Hmmm… you’d think Hollywood would take notice. Is it a case of Hollywood executives all having cooties? (“Girls!!? Yuck!”)

Maybe this is all slowly changing. 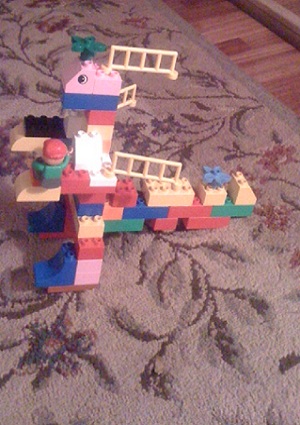 Robot Dragon, courtesy of a girl’s creation: my five-year-old

This weekend, Brave isn’t the only film opening that’s directed by a woman — there are two: Brave, co-created and co-directed by Brenda Chapman, and Your Sister’s Sister, written and directed by Lynn Shelton.

One is filmmakers having fun in a sandbox and the other is a god — or goddess, in this case — bringing the coolest, kick-ass toy to your sandbox! And the toy is for a girl! A girl!

And yes, sometimes that woman was a mom, too; and maybe she’ll bring that magic to a theater near you… and that woman’s creation will translate into box-office gold.

For those other animation junkies out there, check out the weekly Pixar Podcast for info behind the scenes and the making of Brave.