If you think the rich and famous get a break in the dating department, think again. This week of celebrity headlines is a vivid example of how love’s pitfalls don’t discriminate. So if you’re feeling a little low because you think Cupid is picking on you, keep reading… 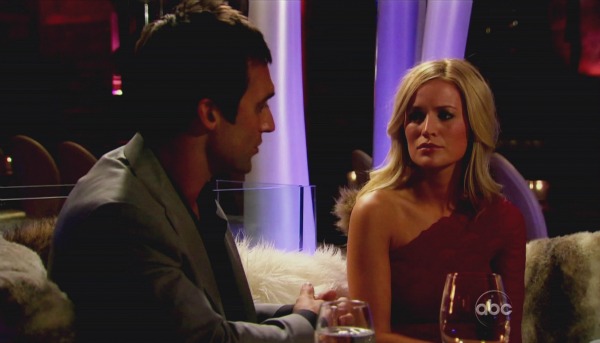 Mel Gibson and Maria Menounos. Mel gave Octomon a run for her money when pictures of Mel and Maria bumping and grinding on the dance floor surfaced this week. While the two seemed to just be partying, not exactly dating (although many singles think partying and dating are synonymous), the image of Maria straddling a much older Mel was disturbing. In fairness, the image itself wasn’t scarring — lots of aging Hollywood actors do embarrassing things with women the same age as their kids. What’s troubling about Mel is his multiple public temper tantrums, and the thought that another young woman could fall victim to his ongoing later-in-life crisis.

Jennifer Lopez and Casper Smart. Ms. Over-exposed (please make it stop with American Idol, L’Oreal Sunscreen commercials, headline-creating outfits and haircuts, perfume plugs and life-size clothing line posters at Kohl’s) and 25-year-old boyfriend Casper Smart have been dating publicly since last November. This week rumors are circulating that Casper is a gigolo, with a history of bilking women for money. Naw, that couldn’t be right. These two were made for each other! Does kind of get you to thinking, though. Casper? Smart? Is that even his real name? Does he out-smart women, take all their loot and then vanish into thin air? This relationship could haunt Jennifer for some time to come.

Bobby Brown and Alicia Etheridge. These two got married this week. Well, there goes all of our fantasies about ending up with Bobby Brown. We wish we could feel more hopeful about this union, but a) it’s Bobby Brown and b) his own daughter didn’t show up for the wedding.

Emily Maynard and Ryan Bowers. We’re not sure a show that features one girl and several men can be categorized as dating, but it was a rough week on The Bachelorette. Emily was sending guys home like they’d been wounded at war, only instead of getting a purple heart they went home with a broken heart. The dismissal of candidates is always a bit uncomfortable to watch, but Ryan’s refusal to leave made viewers cringe. He said he was “shocked” (several times — no lack of confidence there) and tried to convince Emily she was making a mistake. She may have been swayed if Ryan hadn’t said he wanted a trophy wife and a servant. Emily sent No-Rose-Ryan packing.

Rielle Hunter and John Edwards. In the category of exceedingly poor taste, please enter these two. All we can say is wow. What’s more appalling? A woman who has an affair with a married man whose wife is battling cancer or a man who cheats on his wife who is battling cancer? There’s wrong and then there is just evil. If Elizabeth were alive today, a conversation with her would go like this: “So Elizabeth, how are you today?” “Oh fine. My husband is having an affair and has a child with his mistress, I’m battling cancer, and did I mention my son died when he was teenager?” And what about Edwards’ other kids with Elizabeth? They have to listen to his mistress make disparaging comments about their dearly departed mother? This is outrageous and sets a terrible example for the dating community, the married community, the political community, just about every community there is. When asked about marriage Hunter says, “I’m not a big fan of the institution.” No kidding, as if her complete lack of respect for the Edwards’ family wasn’t a glaring example of her feelings on marriage. Women like Hunter always forget. If a man can do that to his wife and the mother of his kids, he can do it to you too. She’d better look out for the next woman who calls Edwards “hot.”