What do you give the prince who has everything on his birthday? Around $15.7 million. As Prince William turns 30 on Thursday, he also stands to inherit half of the inheritance his mum Princess Di left upon her death in 1997. 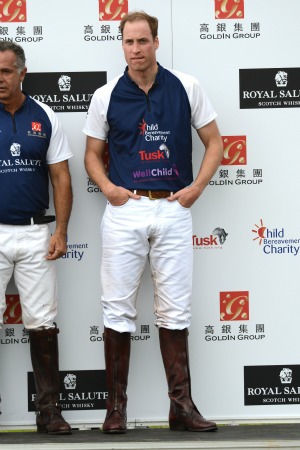 Obviously, the Duke of Cambridge would prefer to have his mother back any day, but there is another $15 million reason for Prince William to celebrate Thursday — aside from his 30th birthday.

Agence France-Presse reports the big 3-0 is triggering a clause in the will of his late mother, Princess Di.

That clause opens the floodgates for William to fetch a hefty inheritance of $10 million pounds — or the equivalent of around $15.7 million.

Apparently, at the time of her death in 1997, the Princess of Wales left nearly $13 million pounds to be split right down the middle between William and his brother, Harry, who were at the time age 15 and age 12 respectively.

With the passage of time, that initial inheritance is believed to have ballooned to roughly $20 million pounds, thanks to some smart investing. Someone apparently forgot to tell the royals a global recession was taking place.

Is a new castle on the horizon?

There’s been some gossip that Will plans to use the money to buy some new digs for him and wife of a little more than a year, Kate Middleton, Duchess of Cambridge.

A royal aide squashed those rumors recently, indicating to the Daily Telegraph that life is just getting in the way of a mega-castle for the couple to call their own.

Apparently, the prince is considering another stint with the Royal Air Force’s Search and Rescue team.

“If the Duke decides next year to continue his Search and Rescue career he might well have to move to another base, away from Anglesey, so the idea of a new house just isn’t on the radar at the moment,” the official said.

The “Anglesey” that unnamed aide refers to is the site of the royal couple’s current digs.

The island off the northwest coast of Wales is home to Will and Kate’s rented farmhouse, which the Daily Mail indicates is unlike any farmhouse we may know back in the States.

It spans 4,000 square feet, and is nestled on an estate in the lush Welsh countryside dotted with a walled garden, chapel, stables, and with access to a private beach.

It’s said the couple plan to celebrate Will’s b-day with friends elsewhere before returning to their quaint farmhouse.

What would you do with $15 million?