Audra McDonald is taking a break. The female lead in the successful Broadway revival of Porgy and Bess has stepped away from the opera. Her biggest instrument (her voice) is in need of some serious rest and relaxation. 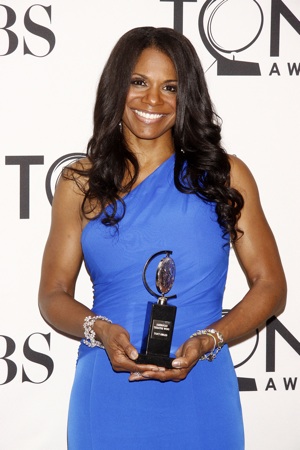 A lot can change in a couple weeks. Audra McDonald’s gone from the top of the Broadway world to being forced off the stage.

The five-time Tony Award winner has been sidelined by an unexpected complication — her voice.

According to Playbill, McDonald will be M.I.A. from the acclaimed revival Porgy and Bess for the rest of June. She’ll return to the stage on July 3, but until then her understudy, Alicia Hall Moran, will take over as Bess.

“A singer is both a musician and an athlete. Just like a pitcher can’t throw with a sprained wrist, a singer cannot perform with inflamed vocal cords. And while medical treatments are part of the process, a proper recovery is also dependent upon rest. This is Audra’s current dilemma. No one is more frustrated and disappointed than she is that she will be out of the show through the end of June, but she must adhere to her doctor’s orders.”

We couldn’t agree more. We hope Audra gets all the rest she needs. And after that, she can return to the stage in full force. Porgy and Bess is playing an extended engagement that will run until Sept. 30.

Aside from her groundbreaking Broadway career, McDonald is also known for her stint as Dr. Naomi Bennett on ABC’s Private Practice.

If you’re in New York City and looking for a good show, stop by. It’s definitely worth the price of admission.