Jon Gosselin has ingested a large slice of humble pie, and is not only admitting his wrongdoings, but apologizing to “great mom” Kate! The father of eight had that and more to say about his ex-wife. 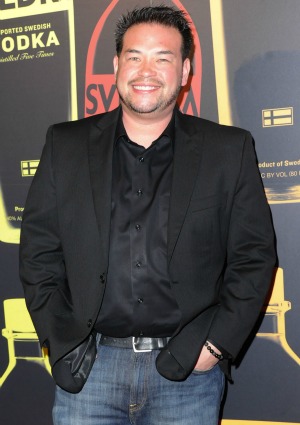 Jon Gosselin is one sorry sack of man. The father of eight, once embroiled in a bitter divorce from Kate Gosselin has turned over a new leaf, apologized for his bad behavior and even gone so far as to compliment his former enemy!

On Wednesday, Jon Gosselin told People magazine he was “sorry” for being passive-aggressive with Kate, causing fans of the now defunct Jon and Kate Plus 8 to die of shock, prompting pigs to fly and hell to freeze over once and for all.

“I am sorry, because I did stuff I wouldn’t want done to me,” the 35-year-old divorcee said, referring to the not small number of women he dated after their split.

“I was passive-aggressive,” Jon Gosselin went on to say of his past behavior. “Then I’d get mad, but I was the one who wasn’t communicating.”

Amazingly, attitudes and pleasantries between Jon and Kate Gosselin are now quickly on the mend. “I’ll call [Kate] up and say, ‘Mady’s sick. What do I do?’ And she’ll tell me,” he explained as an example of their current interactions. “She’s a great mom. We just have different parenting styles.”

What’s brought Jon Gosselin to have such an epiphany about treating one another with kindness? Time, distance from the spotlight he’s openly detested and guidance.

“I used to talk to Rabbi Shmuley Boteach (Michael Jackson’s rabbi) a lot when I lived in New York,” Jon Gosselin shared. “He said, ‘There are two things you can do with your fame — sell out or take it and use it for good.’ I didn’t grasp that at the time.”

“I’ve been offered a lot of stuff,” Gosselin added when questioned about a return to the entertainment world. “Crazy stuff. It wasn’t the right fit, then or now. I don’t want [my kids] thinking I take every show just to make a buck.”

Kate Gosselin has yet to share any reaction to Jon’s latest interview.

Are you shocked to see Jon Gosselin apologizing to and complimenting Kate?