It’s been a long time coming. In late 2009, Variety announced Paul Thomas Anderson was undertaking his first project since 2007’s There Will Be Blood. After reported delays, shooting finally began last year. But now, off of a much more telling trailer than the first, it looks like we’re all one step closer to knowing what’s been on many Scientology- (and film-) watcher’s minds: “So is the flick about Scientology or not?” 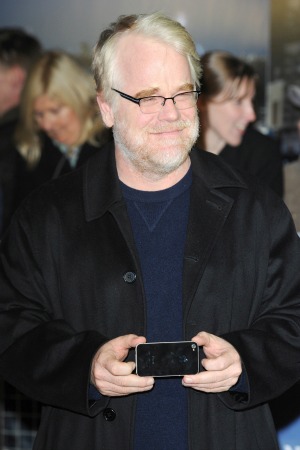 Pretty much since the project’s inception there has been buzz that the movie, starring Philip Seymour Hoffman, Amy Adams and Joaquin Phoenix (among other familiar faces) was about Scientology.

But PTA and his camp have denied The Master is about anything other than a flick featuring a drifter (Phoenix) caught up in a, ahem, cult, and set to the backdrop of the World War II era.

And the first trailer, while artfully portrayed, did little to answer the question on everyone’s minds, showing little more than what appear to be scenes of a very flustered Phoenix as a character returning home from war and being grilled by a military officer for his apparent misbehaving.

This go-around, the extended tease goes much farther.

Hits us upside the head with Scientology allusions?

Instead of showing Phoenix’s character just returning from war, the latest trailer for public consumption presents his interaction with a figure, played by Hoffman, who calls himself: “A writer, a doctor, a nuclear physicist, a theoretical philosopher, but above all I am a man, a hopelessly inquisitive man, just like you.”

To any Scientology-watcher worth his or her salt, this statement has all the obvious smatterings of Scientology founder L. Ron Hubbard.

While Hubbard was a pulp-fiction writer, he claimed all the aforementioned professions as well — and then some.

But Hubbard wasn’t a nuclear physicist, nor was he a doctor, and the list goes on and on…

What we can’t argue is that Hubbard did write a best-selling book, Dianetics, that spawned an entire self-help movement in the 1950s and eventually the controversial religion (for tax purposes or a genuine religion, depending on how you look at it).

Hoffman not only looks an awful lot like Hubbard, but he is said to play a charismatic cult leader in The Master.

Even the cult leader’s name (in the movie) is “Lancaster Dodd.” Compare that to L. Ron’s legal name: Lafayette Ron Hubbard.

The movie itself is also set during the same post-war time period that gave rise to Dianetics and later Scientology.

Exhibit #5,726: Amy Adams retains her red locks to play Dodd’s wife, Mary Sue. Guess what? One of Hubbard’s wives was named Mary Sue and she had red hair. Coincidence?

Tony Ortega, who has become a master of sorts of all things Scientology at The Village Voice, has long been giving a blow-by-blow breakdown of the pic’s ties to the religion (in addition to a blow-by-blow account of Scientology itself for the uninitiated).

It’s an interesting and, well, distressing subject matter — well worth the read for those of you who may only know Scientology from the South Park episode featuring might galactic overlord Xenu of Teegeeack.

Anderson himself also has some heart-wrenching ties to the religion.

The New York Times reports PTA “used artwork from Jeremy Blake in Punch-Drunk Love, that was said in news reports to have figured — though it is unclear how — in a chronology compiled by Mr. Blake of alleged harassment by Scientologists before both he and his girlfriend, Theresa Duncan, committed suicide in 2007.”

Interestingly, PTA is also good friends with Scientology’s most famous adherent, Tom Cruise, who starred in his movie, Magnolia, in 1999.

It’s been reported by numerous sources that, out of courtesy to the Rock of Ages star, PTA showed the movie to him in advance.

By all accounts, Cruise was none-too-pleased by what he saw. Perhaps, again, the displeasure stems from the fact that the film is about Scientology (and not a good PR portrayal)?

The Master, a film many surmised would never happen, is headed for a theater near you in October.