The remaining Jackson Brothers may not be able bring their King of Pop sibling Michael Jackson back, but they are bringing back their famed sounds from the ’70s as The (now) Jackson 4 “Unity” tour kicks off Wednesday. 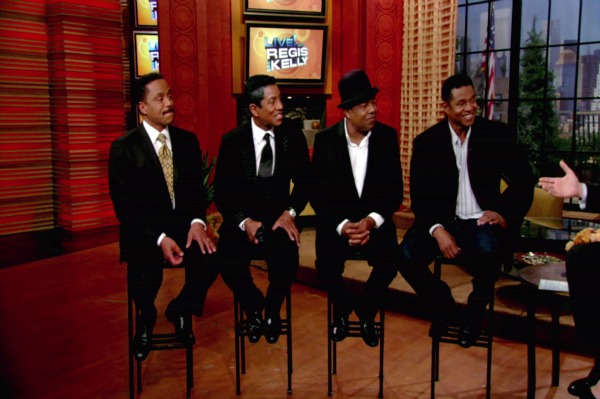 For the first time since the 1980s, the Jackson Brothers are together again for the aptly-titled, 16-city “Unity” tour.

The tour showcasing the remaining members of The Jackson 5 — Marlon, Jermaine, Tito and Jackie — is kicking off within days of the third anniversary of their legendary brother Michael’s death.

Jermaine admitted to the Associated Press that he’s broken down “several times” during rehearsals.

“I’m so used to Michael being on the right and then Marlon, Jackie, on and on,” he said. “It’s just something we never get used to.”

It’s been more than nearly three decades since their last tour — “Victory.” The brothers are older (mid-50s to early 60s, if you can believe it), heavier and wear comfortable track suits instead of powder blue ones.

Some of the songs have also been rearranged, and a tribute to MJ with slideshow to the backdrop of the song, “Gone Too Soon,” will also be featured during the concerts.

But Jackie insists there is still that “certain magic.”

“Once we get out here and run it down a couple times, it comes back to you,” he said. “I’m not (moving) like I used to, but we still got it.”

Will the brothers’ sans Michael “magic” bring butts to seats?

Of course, there will always be haters throwing a little shade.

The AP reports Gary Bongiovanni, editor-in-chief of trade publication Pollstar, doesn’t see the brothers on their own having the success of a mega-production/tribute to the King of Pop — along the lines of Circque du Soleil’s Vegas show, “Michael Jackson: The Immortal World Tour.”

“I don’t know if that portends much for the remaining brothers and their ability to generate enthusiasm for ticket sales.”

Regardless, the brothers’ tour aspirations have been simmering for some time and they see even bigger things ahead.

A&E chronicled the super-siblings’ plans to stage a comeback and their coping with the loss of their superstar brother for the network’s reality TV series, The Jacksons: A Family Dynasty.

The baby boomers ultimately hope to take a break from touring to release a new album and then hit the road again.