Many people probably aren’t even aware that there was a military coup in 1967 in Greece, which brought about a seven-year period of brutal repression. Natalie Bakopoulos makes this event the center of her debut novel, following the lives of various members of one family and chronicling how the coup affected them. Her beautiful descriptions and unflinching portrayal of this period in history make this our Red Hot Book of the Week. 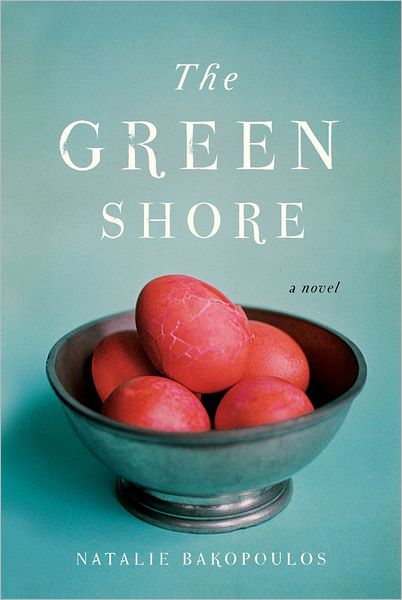 Natalie Bakopoulos’ debut novel The Green Shore spans six years — 1967 through 1972 — and portrays the repercussions of the Greek coup d’etat, the takeover of the Greek government by the military. The generals used the pretext of fear of Communist takeover (the reason given for so much atrocious decision-making during the Cold War) in order to justify their uprising. The coup happened swiftly and methodically on the 21st of April, 1967, and by the next morning, the group had control of all of Greece. They ruled until July, 1974. Bakopoulos writes a personal story about the trials of one family during this difficult period of oppression.

Natalie Bakopoulos tells the story of a historic event few people know about through the prism of one family. Eleni’s husband is dead, and after this political setback, she has lost her personal drive. With Greece falling apart around her, she doesn’t know how she’ll find her passion once again, find joy in living each day. Eleni’s brother Mihalis is a poet, which usually is an innocent enough occupation, but he’s outspoken about his views. He could bring danger to himself and the rest of his family if the military’s eye falls on him, so he tries to keep quiet as much as possible.

Sophie is Eleni’s daughter, and studies French literature. She opposes the coup d’etat (as do most Greek citizens), but her young and naive mind decides to do something about it. Along with her boyfriend, she joins the resistance, placing herself and her family in serious jeopardy. But Sophie can’t sit back and watch this attack on democracy — she must do something, get involved. And Anna, sweet quiet Anna, Eleni’s younger daughter, simply observes the momentous events around her, remembering them for the future.

As the reader gets to know each of these different characters, they will not be able to help but feel strongly about each of them. Sophie has drive and passion, but she’s young and doesn’t understand the consequences of her decisions, while Eleni seems to lack any sort of strong feeling. As these characters watch and learn from one another, while also reacting to the huge, earth-shaking events around them, the reader will become swept up in their stories, as well as in the beautiful backdrop of Greece.