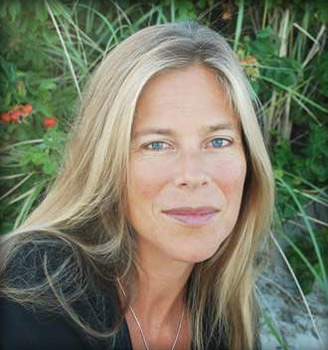 SheKnows: How do you describe your novel Game of Secrets to family and friends?

Dawn Tripp: A literary thriller about a small-town murder and family secrets played out through a Scrabble game.

SheKnows: Game of Secrets is told from the viewpoints of different characters and at different points in time. Can you tell us something about the process of keeping the characters’ basic personalities consistent through time while still allowing them to mature and change?

Dawn Tripp: My characters — the sense and burn of them — always come to me before the plot of a novel is fixed in my mind. For me, characters drive the story. Early on, even before I know their names or the details of their lives, I know deeper things about them: what they want, fear, hide, remember, dream, what they will not let themselves dream. Those secrets of a character — those hidden, relentlessly living elements that move them — are what remain, to a certain extent, consistent through time. “Event” in story happens when those elements are forced to light or when they collide with someone else’s objectives or desires. And that collision impacts the arc, fate, and changes of a character in the course of a story. To me, a character’s flaw is often the most intriguing aspect of them — it is the point where what is paradoxical — what is weakest and most violent and most beautiful about them — can intersect. Game of Secrets moves back and forth in time, and shifts in point of view. This was a conscious decision — I wanted the lens to continually be shifting — the question at the heart of the novel is “How well can we really every know another person?” And it can be unsettling to realize how many different versions of truth there are. The fractured narrative structure of the novel also mirrors the playing of the Scrabble game, where disparate pieces are laid down into a larger, interconnected order as, in the course of the story, Marne, Jane, Ada, and even Huck struggle to piece their lives together into meaning, working with what they are given, each striving to render out of a raw, at times brutal, inheritance something luminous, something free.

SheKnows: You’ve mentioned in several interviews that a person’s style of playing Scrabble can reveal his or her personality. What would a game between Ada’s son Huck and Jane’s daughter Marne be like? 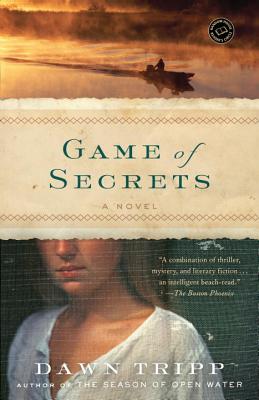 Dawn Tripp: Huck to me is the most flawed character in Game of Secrets — but before I knew anything else about him, I knew him only as a 14 year old boy driving fast down an unfinished highway, heat in his hands on the wheel, thinking about a girl, and driving to outrun the violence of the dead-end life he had been born into. Huck is a fighter. On some level he will always be the boy on an unfinished highway in a stolen car; there is that core place in him, and in a Scrabble game, I would see him playing scrappy, playing to win, but playing also, as his mother, Ada, does, to get into that free open space of the board. Marne despises Huck as an adult; to her, he is a man whose views and past stand for things that are easy to dislike and disdain, and on the surface, they couldn’t seem more different. Marne scorns Huck’s judgmental views, his insularity, and yet her judgments of others are equally scathing. Marne has a love of literature, a reverence for words, and language — and while Huck would play to win, and play to keep the board kicked open, Marne would play more for the art of the words, and she would play closer, tighter, to keep Huck from getting a foothold.

As I was writing the novel, I knew that Huck and Marne would have to strike into one another in some way, but I didn’t see it coming — what Marne ultimately learns about him. When I first wrote Marne, I wasn’t sure I liked her. She was too cynical, at times unkind. But she was funny — self-deprecating and wry — she made me laugh. And I could feel, too, how alive she was, how much she felt, and how unwilling she was to let herself feel. It made me curious. I knew someone with such hard-and-fast convictions would have to collide head-on into the thing she swore she never would.

Dawn Tripp: Kimberly Brock’s The River Witch. I love the sense of place, the authentic freedom of the voice. It’s a story you can fall right into.

SheKnows: At the core of Game of Secrets is the mystery of what really happened to Jane’s father 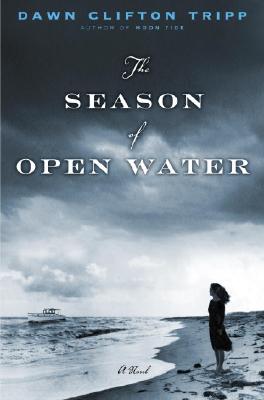 and why. What are some of your favorite thrillers or mysteries?

Dawn Tripp: I love dark stories. Not necessarily mysteries, but stories that have a strong sense of place and a dark edge. The Shadow of the Wind by Carlos Ruiz Zafon, Atonement by Ian McEwan, and just about anything by Edna O’Brien. There’s a novel coming out in September I just gave a quote for called The Other Half of Me by Morgan McCarthy. It is lyric and haunting. A brilliant debut.

SheKnows: We’re eagerly awaiting your next novel. What can you tell us about it?

Dawn Tripp: My fourth book is a biographical novel about a famous woman. What a fascinating process it has been: to hew to the facts of a life and then to write into the skinny space to illuminate what could have happened. I can’t say more than that. Just as I use the same notebooks I’ve always used to write my first drafts and a certain type of pen, I can’t talk about work-in-progress. I’m just too superstitious!