Max Page, the young actor who played Darth Vader in the popular Super Bowl TV spot, has been released from the hospital following open heart surgery. The first thing he wants? A milkshake. 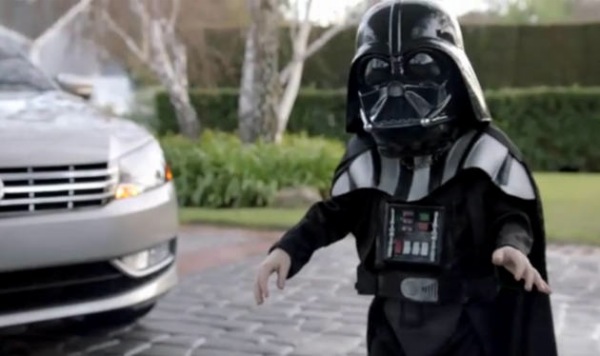 Obviously, The Force is very strong with this boy.

Max Page, the 7-year-old actor who played Darth Vader in the extremely popular Volkswagen Super Bowl commercial from 2011, has been released from the hospital following open heart surgery.

A spokesman for Children’s Hospital Los Angeles said Page was released from the facility on Monday (according to EW.com). Four days before his release, Page had his pulmonary valve replaced during a two-hour operation. Reps say that Max went back to his L.A. home with his parents and younger brother.

“Well, I’m excited about a lot of things — especially having a milkshake,” Page told ABC News after the surgery.

“He had a good night. He is in very good condition,” attending physician Dr. Sylvia Del Castillo said in a statement released over the weekend. According to the hospital, Page faces six to eight weeks of recovery.

Darth Vader might be Page’s most-recognizable role, but it’s not his only gig. He also plays Reed on the CBS soap opera, The Young and the Restless. He’ll likely try to continue his acting career once he has recovered from his surgery.

In addition to his acting gigs, Page serves as a Junior Ambassador for the hospital, primarily because he has been coming to the facility for treatment since he was a baby.

“If you use your force and dream big, you can achieve anything,” Page said in a statement. “We may be small, but we are mighty.”

Our thoughts go out to Page as he recuperates. And, of course, may the Force be with him.