Comedians Rob Corddry and Patton Oswalt have more than enough fun with SheKnows discussing what they’d do if the apocalypse was on the horizon as it is in their new movie, “Seeking a Friend For the End of the World.”

This isn’t your typical end of the world movie. It’s about a regular guy named Dodge, played by Steve Carell, whose life is in the dumps. His wife ran away, he hates his job, oh, and a giant meteor is going to hit the earth in three weeks time. The only thing he can do is wait to die. 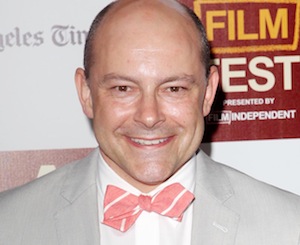 That’s where his friends come in. Played by comedians Rob Corddry and Patton Oswalt, Carell’s buddies try to convince him that getting wasted and sleeping around is the only way to face the earth’s impending doom.

So, what would these two hilarious guys do in real life if the world was really coming to an end? Drink a lot of booze, get drunk?

“No, because I do that anyway, a lot,” Corddry says. “I would probably try heroin.”

Oswalt agrees, heroine is on the list if there’s an apocalypse on the horizon. In fact, Corddry jokes, it wouldn’t even take that. “I’d try heroin if they say, ‘Oh, it’s gonna be a longer winter this year.’”

Oswalt adds a little organization to the plans. “I would do it weeks before so I could be recovered, or I would try to time it so that I was wasted it when the thing hit,” he says. 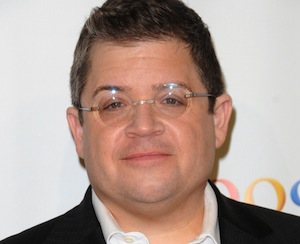 We also discussed the best method of dying, since the subject was on the table. “I would actually dig meteor because everyone is going,” Oswalt says.

Steve Carell’s Friend for the End of the World: Ryan Gosling >>

Corddry disagrees. “Yeah, I don’t know if that’s gonna be as quick as you think it’s gonna be.”

Keira Knightley’s end of the world essentials: A lot of alcohol >>

Now, say under some circumstance they were to survive an apocalypse, what would happen?

“In an aftermath, I would be slave labor. I have no skills. I have friends who are like, ‘I know how to dig irrigation ditches, I know how to build,’ and I’m like, ‘You should read tweets about Downton Abbey… they are the funniest…’”

“Everything we can do is absolutely worthless,” Corddry laughs.

Seeking a Friend for the End of the World plummets into theaters Friday, June 22.

What would you do if you only had three weeks to live?