Rielle Hunter’s new book promises to tell the world what really happened between she and John Edwards. Curiously enough, the mistress insists she’s spilling their dirty secrets to benefit their love child, Frances. 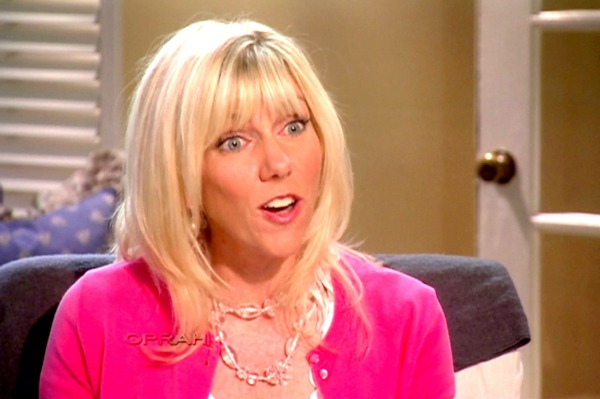 Is Rielle Hunter doing her daughter with John Edwards any favors by spilling details of their affair in her tell-all book? The newly minted author believes so, and hopes you’ll be picking up a copy of What Really Happened on June 26.

Rielle Hunter’s John Edwards book claims that she was just one of many of the politician’s mistresses. Claiming that she’s penned What Really Happened so that the two-time presidential candidate’s daughter Frances can someday understand her past, the 38-year-old explained their baby ought to “have one entirely truthful public account of how she came into the world. After all, this is her story too.”

In regard to Elizabeth Edwards, John Edwards’ wife of over 30 years who died of cancer in 2010, Rielle Hunter uses the descriptors “venomous” and calls her a “witch on wheels.” In What Really Happened the mistress alleges Elizabeth called and harassed her daily.

In a small passage from the book Rielle Hunter writes of her affair, “Johnny didn’t do anything out of character. He has a long history of lying about one thing only — women — and I mistakenly thought I was different.”

Cate Edwards remembers her mom at her wedding >>

Of where she and John Edwards’ future relationship is headed, ABC reports Rielle Hunter wrote, “I really have no idea what will happen with us. The jury is still out. But I can honestly say that the ending is of no concern to me anymore. The love is here. And as sappy as it may sound, I love living in love.”

Do you think Rielle Hunter’s book is going to benefit or hurt her daughter with John Edwards?