An Internet rumor has the Twilight universe abuzz that plans for a series reboot could get underway as quickly as 2013. Studio execs denied the story… but left the door wide open for remade Twilight movies in the near future. What did they have to say? 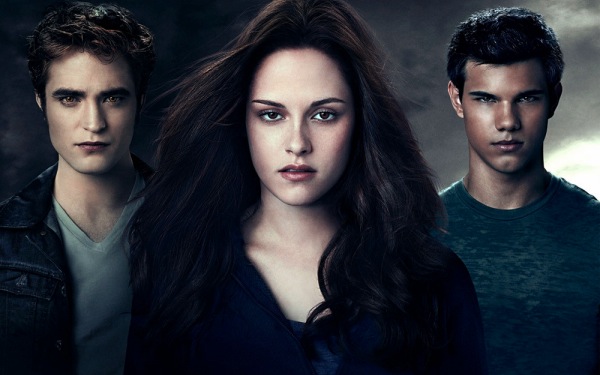 Reboots of successful film franchises are nothing new in Hollywood. When the entertainment industry gets hold of a lucrative idea, they happily exhaust all options before letting it drift out to creative pastures.

But rarely do we hear studio executives discussing a reboot on a film franchise that hasn’t even delivered its final chapter yet.

Then again, few film franchises have ever been as popular as The Twilight Saga, so when it comes to the movie adaptations of Stephenie Meyer’s best-selling romance novels, all rules are meant to be broken and all bets are off.

How did this rumor start?

Bloody Disgusting first floated the notion that executives at Summit Entertainment and Lionsgate were discussing the future of the Twilight series and that a reboot could be launched in 2013, to celebrate the five-year anniversary of the first film.

“They’ll deny it, right here, right now. We’ll get plenty of eggs in our face. Sites will burn us at the stake like a witch during the Salem trials. Still, the fact will remain: it’s true. In fact, they’re already discussing it internally. It will happen,” the site reported.

And deny it, they did. Sort of.

When contacted, Lionsgate co-chair Rob Friedman told Deadline, “We are not remaking Twilight. We will happily support Stephenie Meyer if she decides to proceed in any way. But this will be the last one unless that should change.”

Those last few words — “unless that should change” — give this rumor serious credence. Back over on Disgusting, the editors claim that a reboot of the Twilight franchise isn’t the lone option.

“It could be a direct remake, considering the initial saga is so poorly made, but then again it could also be a spinoff or maybe even a one-off sequel. It could be anything to keep the green bills piling high. But expect a remake. Yes, quickly.”

We agree that Lionsgate and Summit will not want to let the cash cow that is Twilight fade into the distance. And the possibilities of a spin-off franchise are feasible.

But a reboot of a series that hasn’t even ended sounds ridiculous. For Twilight fans, Bella, Edward and Jacob are Kristen Stewart, Robert Pattinson and Taylor Lautner. Could you imagine recasting the famous trio? And would you really try and reboot the memories of the Saga so soon after Breaking Dawn concludes the story?

Speaking of, a full Breaking Dawn trailer is expected to arrive online this Wednesday, June 20. Keep your eyes on SheKnows, and we’ll post it for you as soon as it hits. Until then, what do you think of these reboot rumors? Truth? Insanity? Share your thoughts.