Rodney King was found dead on Saturday night in a swimming pool. Find out what happened — and was his lifelong battle with alcoholism to blame? 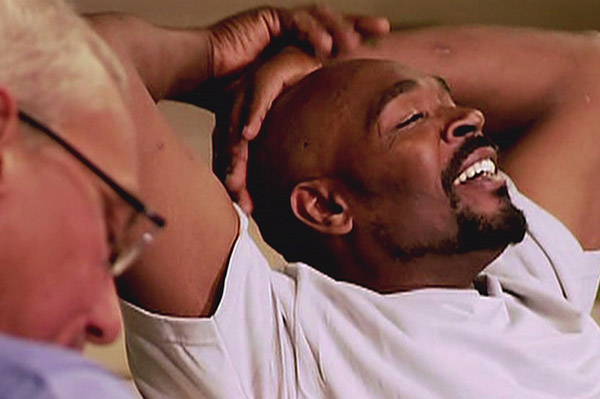 The face of the 1993 Los Angeles Riots is dead: Rodney King was pronounced dead on Saturday night after his fiancee, Cynthia Kelley, found him at the bottom of a pool. According to Kelley, King was drinking and smoking marijuana all day on Saturday.

“We’re told Kelley says she next saw King at around 5:00 AM when she was awoken by him screaming in the backyard. Our sources say Kelley found King naked, banging on the glass, and she called out to him, ‘What’s wrong, Rodney?'” reported TMZ.

Pals of King are calling foul on his death story, alleging that Kelley’s story changes each time she tells it. The LAPD says an autopsy is planned at some point, but no official cause of death is available.

King first came into the public eye when a witness filmed his beating by four LAPD officers. The officers were tried — and acquitted — of the beating, though two of them went to prison during a later federal trial on civil rights charges. The initial acquittal sparked the Los Angeles riots that caused some 50 deaths and $1 billion in damages. The fighting only stopped after King went on television and asked people to stop fighting.

“People, I just want to say, can we all get along? Can we get along?” King pleaded in a now infamous soundbite.

King earned $3.8 million by suing the City of Los Angeles, but his demons continued over the years — he fought with rampant alcoholism and was even featured on VH1’s Celebrity Rehab in 2008.

“The trouble that (people) see me in is a part of my life that I’m working on,” he told CNN after a 2011 DUI death. “I’ll always have an issue when it comes to alcohol. My dad was an alcoholic. The addiction part is in my blood. What I’ve learned to do is arrest my addiction — arrest it myself, so I don’t get arrested.”

He also wrote an autobiography that detailed his addictions and the beating, The Riot Within.

“He was a wonderful, sweet man,” said Bob Forrest, a rehab counselor on Celebrity Rehab. “He and I would talk off and on. Sometimes he was doing great, sometimes not. He was always gracious, an honest and gentle soul.”

Through all of his trials and tribulations, King said he forgave the officers that beat him.

“Yes, I’ve forgiven them, because I’ve been forgiven many times,” he told CNN last year. “My country’s been good to me… This country is my house, it’s the only home I know, so I have to be able to forgive — for the future, for the younger generation coming behind me, so… they can understand it and if a situation like that happened again, they could deal with it a lot easier.”