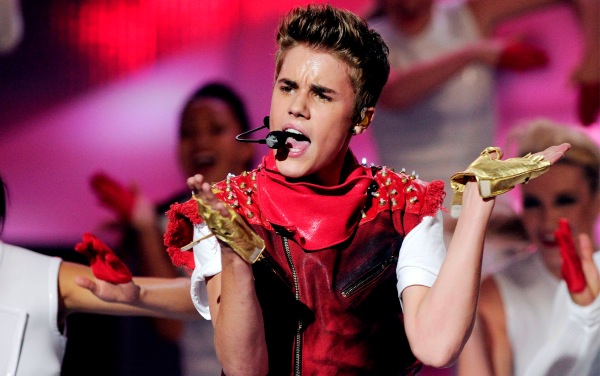 You got it, “Bieliebers.” Your pop icon’s about to join an illustrious list of musical performers who have graced the stage of New York City’s legendary Apollo Theater when he surprises fans with an impromptu concert tonight, Monday, June 18.

And tickets are free.

According to a release, tickets to Bieber’s just-announced concert are still available. But to get one, fans have to head to the Macy’s shopping center in Herald Square and purchase the pop sensation’s fragrance bundle of #GIRLFRIEND.

Okay, so tickets aren’t exactly free. But if you wanted to own Bieber’s signature fragrance and catch what’s sure to be a memorable show in an iconic venue, this is your chance.

Sponsors of the concert say that children under the age of 16 must be accompanied by a parent or guardian (over the age of 18) to get tickets to the show, so please bring a valid form of ID.

From here, Bieber plans to continue preparing for his Believe tour, which doesn’t begin until September in Glendale, Arizona. For details on the official tour, stop by http://justinbiebertour.net. And if you get into the Apollo tonight, come back to SheKnows and let us know what songs Bieber had on his set list.