Seeking a Friend for the End of the World actress Keira Knightley tells us she knows what she looks for in a doomsday friend, what she’s bringing in her apocalypse shelter, and how she would spend her last days on earth.

Keira Knightley‘s future looks pretty bright right now. With a 2-carat diamond engagement ring on her finger, the end of the world is probably the last thing on the actress’s mind. But as the star of the apocalypse drama, Seeking a Friend for the End of the World, we had to quiz the actress on her must haves come doomsday.

Keira’s love interest in the film, Steve Carell, seems to be the perfect fit for her as an “end of the world” friend, in the movie and in real life.

“I think if the world is going to end — and that’s a pretty terrifying thought — then you need someone you can laugh with,” Keira told us.

“I think he’s just one of the loveliest men ever, so it’s really easy to get on with him,” Keira said. “He’s just one of those wonderful people that’s just funny, but isn’t funny in a scary way. He makes everyone around him feel like they’re funny as well.” 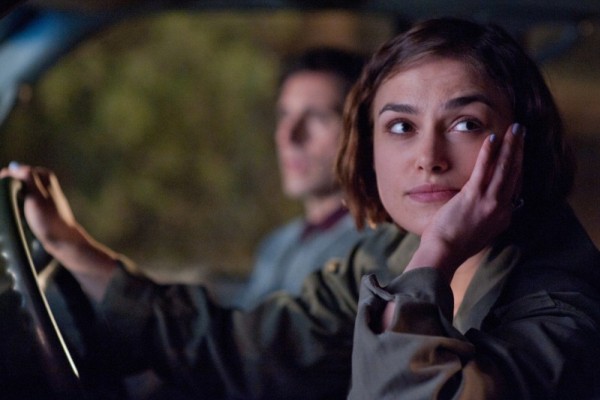 But Keira already has a man at home to share her last moments with. Knightley and British rocker James Righton of The Klaxons got engaged in May. And she told us that spending time with her loved ones is the most important thing to her.

So what would Keira and James be doing on their last days?

“Dancing a lot, drinking really good cocktails, and the Greek islands should come into it because I think sailing around those might be nice in the summer time,” Keira told SheKnows.

But Keira’s most important thing of all in a disaster…

“A lot of booze. Not beer, I don’t like beer. Wine, vodka, whisky… anything to make me forget about what was happening outside. “

Check out Keira Knightley and Steve Carell in Seeking a Friend for the End of the World, in theaters today!

Read our review of Seeking a Friend >>