This week’s top five DVD/Redbox/Blu-ray list includes one of the best action flicks of the holiday season, Sherlock Holmes: A Game of Shadows. But that’s not the only pick for this week. Fire, romance and a bit of luck make June a fabulous rental month. 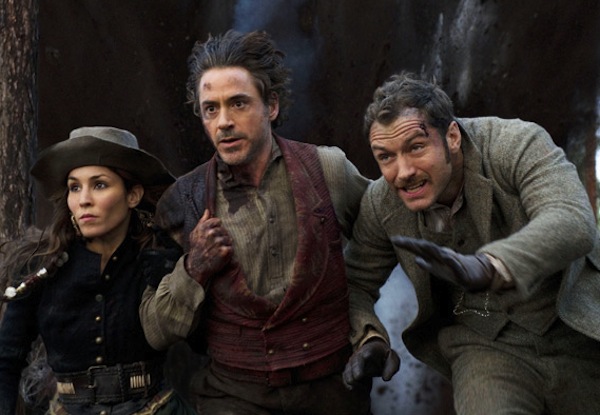 No. 1 — Sherlock Holmes: A Game of Shadows

This action mystery sequel takes audiences on a wild ride through the world of Sherlock Holmes, played beautifully by Robert Downey Jr. and his trusty right hand man, played by Jude Law. If you haven’t seen their witty teamwork, Sherlock Holmes: A Game of Shadows is a must-rent this weekend.

Kate Hudson stars in this bittersweet romantic comedy about a career woman who discovers she has terminal cancer. Her doctor is so moved by the way she handles the news, the two strike up a very interesting relationship.

Movie review: Don’t forget the Kleenex for A Little Bit of Heaven >>

No. 3 — Ghost Rider: Spirit of Vengeance

Get your fire bomb on with Nicolas Cage in the sequel to Ghost Rider. In Vengeance, Johnny Blaze is back and this time he’s in Eastern Europe trying to stop the devil from taking human form. Go, Nick!

Wesley Deeds is a successful, wealthy businessman. His life changes when he gets involved with a struggling single mother who works as a maid in his office building.

A sewer worker and a small time crook team up to hide a group of Jews trying to flee Nazi-occupied Poland in the city’s underground sewer system. In Darkness is based on a true story.