Kim Kardashian is adding ageist to her list of qualities, after having experienced an “epiphany” about surrounding herself with older people. The reality star talks about older man Kanye and much more in a new tease from Oprah’s Next Chapter! 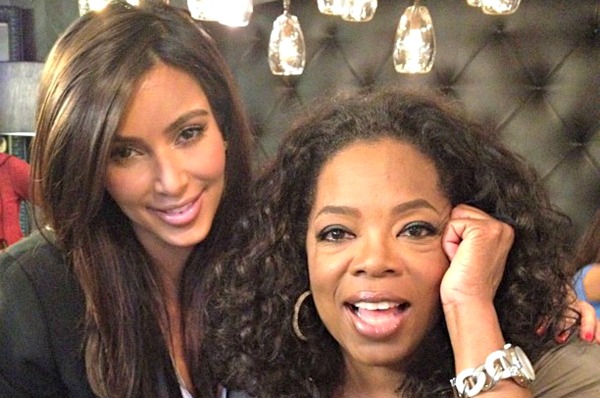 Kim Kardashian and the whole family have been treated to an Oprah Winfrey inquest into just what the heck they’re actually famous for. Starting June 17, Oprah’s Next Chapter will air the Kardashian family’s two-part interview in which Kim reveals she’s had an “epiphany” in the past year.

“You’re growing up,” Oprah Winfrey can be heard kindly telling 31-year-old Kim in a clip from their chat.

“I’m totally growing up,” concurred Kim in reply, adding that she has consciously started surrounding herself with older, more mature people. “A lot of my friends, the people that I love to just sit and talk to and spend my time with, are wiser, a little bit older than me.”

Are there (more) wedding bells in Kim Kardashian’s future? >>

“Before I used to, you know, all my boyfriends were younger,” added Kim Kardashian, now dating 35-year-old Kanye West after having divorced 27-year-old short-time husband Kris Humphries. “I always dated five years younger. My whole thing was completely different.”

“Kourtney had this epiphany when she had the baby and she changed into a different person,” Kim went on to explain, comparing her process of maturity to her sister becoming a mother. “I feel like I’ve had an epiphany over the last year for what I’ve been through, and I am that changed person just from my own experiences.”

Check out a teaser from the Kardashian’s Oprah’s Next Chapter interview!