Paramedics were called to Lindsay Lohan’s Marina Del Rey hotel room on Friday morning when she wouldn’t wake up for filming. Find out what happened. 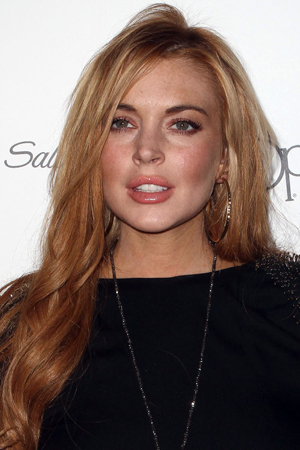 Is Lindsay Lohan going down the same drug-addled path she was on before? It sure seemed like it: First there was the questionable car accident, then paramedics were called to her hotel room Friday morning in Marina Del Rey when a production assistant for her film, Liz & Dick, couldn’t wake her up.

False alarm: Turns out she was just tired after a long few days of filming.

“Lindsay has been working a grueling schedule for the last couple of days,” Lohan’s rep, Steve Hoenig, told E! News. “Last night she worked from 7 p.m. to 8 a.m. She was exhausted and went back to her room to sleep. Producers were apparently concerned and called the fire department and paramedics found her sleeping but determined that she was fine, just extremely exhausted and slightly dehydrated.”

“She is on her way home now to rest and will be back on set later today.”

Uh, we’d be tired too. This is one time we actually believe Lohan — even though she’s used the “exhaustion” excuse in the past, it seems like she’s really just tired.

“Lindsay and her team are concerned about the nudity that is involved,” a source told RadarOnline. “Lindsay would be required to do full frontal nudity, and the sex scenes are very, very graphic.”

“Yes, Lindsay has posed nude for Playboy, but doing it in a movie is completely different. Lindsay needs to make sure that she is comfortable with it, and that this is something she can handle as an artist.”

The Canyons is about “five twentysomethings’ quest for power, love, sex and success in 2012 Hollywood,” director and screenwriter Bret Easton Ellis said of the film, according to IndieWire.

Deen will play Christian, a “trust fund kid, power player and major manipulator, who is a film producer that enjoys filming his own three-way sex sessions.” Lohan is slated to play Tara, his former model girlfriend who “has sold her pride for the material comforts Christian can provide.”

Let’s hope she takes a couple of days off between filming, though.