Jamie Lynn Spears is pursuing a career as a country singer. While in Nashville, she unveiled a new song titled “I Look Up to You.” Can you guess who she wrote it about? 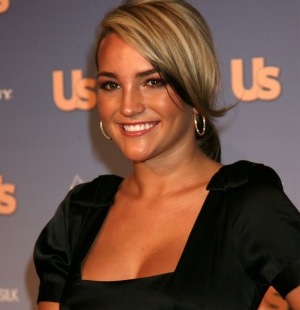 Apparently younger sister Jamie Lynn Spears is actively pursuing a singing career, and paid tribute to her famous sibling in a song titled “I Look Up to You,” which she premiered during a musical showcase at the 3rd and Lindsley Bar & Grill in Nashville.

“You can imagine who I wrote it about, so I hope y’all like it a lot,” Spears said as before singing the song, a slow ballad about a “scared little girl” who lost her “innocence” when she became famous way too soon.

The track has a catchy hook heading into the chorus, and is far more “country” than anything older sister Britney ever attempted. It’s Jamie Lynn’s dream to launch a country music career. She kickstarted her road to Nashville earlier this year, and this showcase was the next step on what’s sure to be a long journey to superstardom.