Nicole Scherzinger has landed on her feet after being unceremoniously dumped from the American version of The X Factor. The former leader of the Pussycat Dolls finds herself in somewhat familiar territory at The X Factor judge’s table — but this time she’s on the other side of the pond. 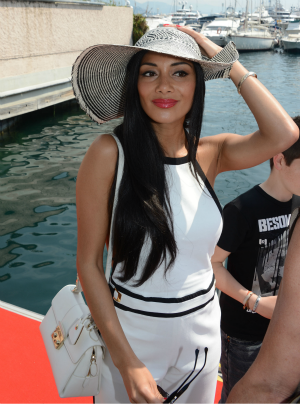 Nicole Scherzinger has been confirmed as a permanent judge on the British X Factor after standing in as a guest judge after Dannii Minogue quit and Kelly Rowland got the axe.

“I’m so excited to join the UK X Factor family. It’s where I got my start, so it feels great to come full circle,” she said in a statement announcing the news.

“I can’t wait to see what talent the UK has to offer and to help inspire and bring out the best in these artists.”

Peter Fincham, Director of Television, ITV, added, “Nicole will bring her wealth of experience, both as a solo artist, and as a member of a group, to this year’s judging panel.”

“We’re delighted that she’ll be joining us for the forthcoming series.”

Scherzinger was canned from the American X Factor gig shortly after her waffling led to the dismissal of fan favorite Rachel Crow. “The reason I took this job is I wanted to mentor, first and foremost,” she said at the time. “It has been very hard on me, the elimination process. It’s something I could never have been prepared for.”

Britney Spears for The X Factor: Nicole Scherzinger weighs in >>

Paula Abdul was also shown the door. Demi Lovato and Britney Spears have taken their spots at the judge’s table.

Read on for more X Factor

The X Factor disses The Voice while confirming Demi and Britney