Adam Levine can’t be stopped. The Maroon 5 frontman and The Voice judge has signed on to star in a new feature film. It’s called Can A Song Save Your Life, and he’ll play an estranged love interest to Keira Knightley. 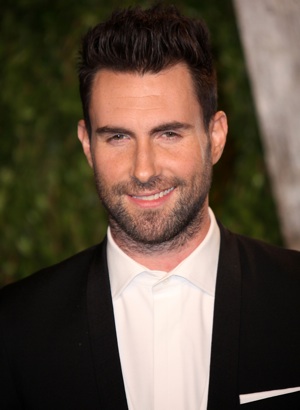 It’s no secret that Adam Levine has been bit by the acting bug. So we’re not surprised that the singer-turned-judge-turned-actor has a new Hollywood gig.

According to Deadline, the singer’s joined the cast of director John Carney’s Can A Song Save Your Life. And this is no bit part — Levine’s one of the leads who shares some serious screentime with the leading lady.

In the film, Knightley “plays a woman who moves with her boyfriend (Levine) to New York to pursue music careers. After he dumps her for a solo contract, she is discovered singing at a local bar by a down-on-his-luck record producer (Ruffalo).”

Carney is best known for his Oscar-winning film Once, which also centered on love and music. It looks like Levine has hit the jackpot with this production.

Levine was previously confirmed for a spot on the upcoming second season of American Horror Story. He recently spoke with E! News about his top-secret role and working with creator Ryan Murphy.

“It’s going to be fun. And I told [Ryan] I really didn’t know what I was doing but he didn’t seem to really care,” Levine says. “So I’m just going to go and try to [do] acting. I think I’m going to be kind of playing myself so hopefully it will be easy… I love the fact that he believes in me to throw me out there.”