The Ewings have still got it. Their lies, deceit and jealousy are back in full force on TNT’s Dallas. The drama made its debut on Wednesday to some impressive numbers. It looks like those Texas oil barons still have a hold on us. 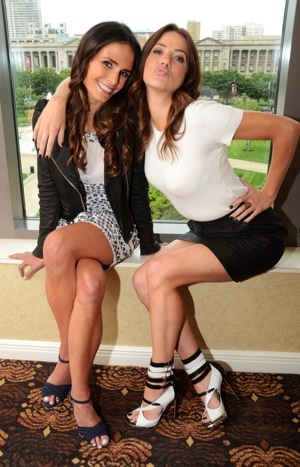 It’s been more than 20 years since the series finale of the original Dallas, which ran from 1978-1991. But fans old and new haven’t missed a beat. Wednesday night, TNT premiered the reboot of the series to big numbers.

According to Entertainment Weekly, Dallas “averaged 6.8 million viewers on Wednesday, making it the No. 1 scripted series premiere on all of cable so far this year.” It also scored 1.9 million adults in the coveted 18-49 demo, as well as 2.4 million in the 25-54 age group.

The show’s ratings also made TNT the No. 1 network on basic cable for Wednesday. So what’s Dallas‘ secret? Instead of recasting its original characters and starting from scratch, it serves as a sequel to the original.

This time around, we’ll watch the drama unfold between cousins John Ross (Henderson), son of J.R. and Sue Ellen, and Christopher (Metcalfe), adopted son of Bobby.

Co-star Hagman believes the new Dallas has what it takes to become a bonafide hit.

“If it gets half the people watching that we had for the original, we would probably be No. 1 nowadays,” Hagman said. “With the built-in audience we have left from a couple of generations ago, and the new kids that are really good actors, and good scripts, I think it will be successful. And if it is not, it’s fun anyway.”

It sounds like Hagman may get his wish. If Dallas maintains its numbers, it will be nipping at the heels of the original in no time!

Did you tune in to Dallas? What did you think?