Patti Stanger celebrated her birthday and the launch of PattiKnows among many “Bravo-ality” friends last night at Koi Restaurant in Hollywood. 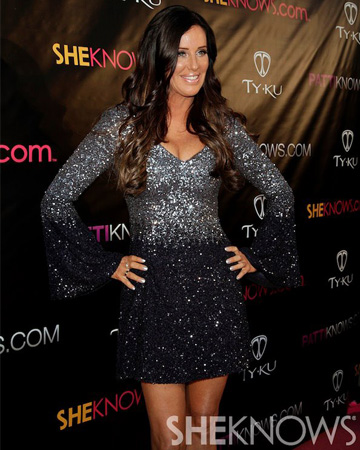 Celeb attendees, which included musical guest A Fine Frenzy, Haylie Duff, 21 Jump Street‘s Richard Grieco and The Real Housewives of Orange County‘s Alexis Bellino and Vicki Gunvalson, shared their “surprise” gifts for the birthday gal with SheKnows. But it was Patti herself who trotted out some of the biggest jaw-droppers on the pink carpet… including her new hottie-potatie and — surprise! — they want to adopt!

The Buzz – Millionaire Matchmaker Patti Stanger is Adopting!
Patti Stanger loves finding matches for single eligible bachelor and bachelorettes, but now she wants to find her own match- only it’s not a man, it’s a son or daughter.

The Millionaire Matchmaker’s Patti Stanger told SheKnows after the big bash at Koi that it was “the best birthday ever.” And one of the reasons for that enthusiasm no doubt comes in a 6-foot-2 package.

“David was so loving,” Patti told SheKnows post-party, noting it’s a first — she’s never introduced a beau on the pink (or red) carpet before to all her friends. “He held his own.”

In her blog at PattiKnows, the workaholic said she was so wrapped up in matching other people, that she didn’t have time to think about her own match.

“My mother finally said to me, ‘Why aren’t you using your book?’ she wrote. “So, I turned to Become Your Own Matchmaker, went through a dating detox, and got off the grid for a while. I slowly started to join dating sites and then I met David.”

Patti’s 42-year-old “hunky drink of water” showed off the Tibetan love bracelet he gave to Patti on her “official” birthday on May 31.

“It’s a soulmate bracelet,” the Gemini explained. “He wears one and I wear one.”

Aw, that’s sweet. But leave it to members of “Team Patti,” Destin Pfaff and Rachel Federoff, to flaunt Patti’s raunchy side.

So, David, brace yourself! 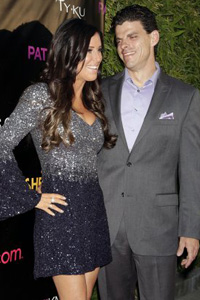 Patti poses with David on the pink carpet 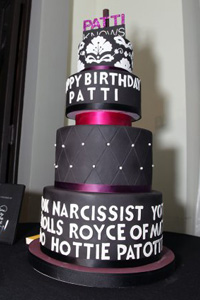 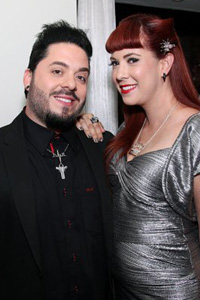 The married workmates also talked about their aptly-titled blog, “Makin’ Love with Rachel and Destin.”

“It’s nice to have an outlet that kind of gives us a voice,” Destin said. “It’s a place for us to voice our opinions.”

The couple, who have a 3-year-old child, said the “Makin’ Love…” posts give readers a chance to get to know them better, and range from sexy tips to advice on parenting, money, even vacationing.

Patti coined yet another word — “Bravo-ality” — and said the stars on the cable channel are, collectively, like a high school — in a good way.

“You come out for your friends,” she said.

Patti, a big fan of the alt rock group, A Fine Frenzy, was treated to a rousing rendition of “Happy Birthday” by gorgeous redhead-turned-blond performer Alison Sudol.

The group also got Patti and other guests into a frenzy when they performed new songs from their album Pine, which is coming out in September.

The matchmaker of the evening gushed over the multi-tiered, black and white cake by Charm City Cakes West adorned with some of our favorite Patti-isms.”

“Gluten-free people, that’s where you get your birthday cake!” Patti said.

But, surely the Bravo star and author doesn’t eat cake, right? How does she stay looking so fierce?

Again, she chalks it up to a gluten-free lifestyle and, naturally, Sensa (she’s a spokesgal). And, Patti admits, she likes her cosmos and ‘tinis — as long as its TY KU.

“TY KU is gluten-free and has less calories than vodka,” Patti said.

Guests got to take home some TY KU for themselves, as well as a trial of Sensa, a free suit from Voda Swim, Skinn fragrance and other “swag.”

Let’s just say it will be hard to top this year’s bash. But then again, Patti is full of surprises. The Stanger family may be one person bigger the next time around.

Patti dropped another bombshell recently — that the couple is looking to adopt.

“It’s not 100 percent. Nothing is 100 percent,” she wrote in a post on PattiKnows.com. “As any adoptive parents already know, this is going to be a process for me and it won’t happen overnight. I have to investigate it. I have lawyers I’m checking into.”

Patti was adopted herself and said she never knew her biological parents.

“My sister did,” the dark-haired beauty said. “She was lucky. Nobody will tell me anything, so we are working with a private investigator on Millionaire Matchmaker Season 6 and I’m searching.”

Still itching for more coverage from the big night? Check it out here!

Surprise! Patti Stanger has a boyfriend
The Millionaire Matchmaker gives priceless advice
Can I get a Christian Grey up in here? Patti Stanger’s tips for finding a millionaire BF