We’re so used to seeing Patti Stanger set up her clients on dates that it’s easy to forget that the Millionaire Matchmaker needs love too! Well, it looks like she’s taken care of that now: Patti has a boyfriend! Find out who he is — and how they met. We wonder if he’s intimidated by her? 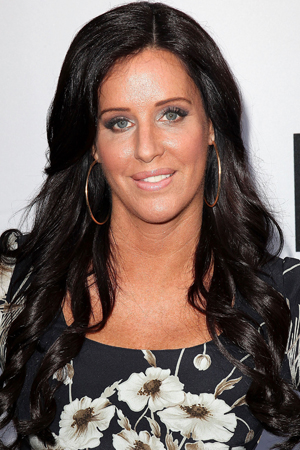 The tables have turned on Millionaire Matchmaker Patti Stanger: She finally has a new guy in her life — and she says he makes her “toes curl.”

The notorious workaholic was too busy putting work into matching her clients with dates that she wasn’t thinking about her own happiness. Well, until her mom set her straight.

“My mother finally said to me, ‘Why aren’t you using your book?’ I was hesitant to think it would work for me, because of being in the media but I had to take step back, just be me and take my own advice,” Patti writes in a new post on her official website, PattiKnows. “So, I turned to Become Your Own Matchmaker, went through a dating detox and got off the grid for a while. I slowly started to join dating sites and then I met David.”

Okay, we have to know more about this toe-curling hunk of man meat that caught Patti’s eye.

“We met online. He picked me and I just felt it immediately. He’s 42 and divorced with children. Of the guys I’ve dated, I’ve never been treated like this before,” she writes. “He’s not the worst catch, and I mean that as an understatement. Someone asked me what three things I love most about him. His heart. His heart. His heart. Of course, it doesn’t hurt that he’s 6-foot-2 inches and a hunky drink of water.”

All together now: Awww.

The couple has already considered adoption — Patti was adopted and is very into the idea of starting a family — but nothing is set in stone. He also has children from a previous marriage, but the reality star hasn’t met them yet.

“I only want to meet them when I’m going to be a permanent anchor,” she writes. “I fell in love with my ex-boyfriend’s children and it broke my heart when I couldn’t see them anymore. David and I just started dating exclusively but the chemistry is there.”

And why is there chemistry? Well, it sounds like they have a lot of the same interests.

“We have a lot in common. For example, he’s spiritual, he loves photography and we both love to travel. Most importantly, we communicate really well,” she says. “In fact, that’s one of my favorite things to do with him — our communication is really key. His priorities are in check — he wants to be married and he wants to keep his family together. He’s finally one of those guys that isn’t a player.”

Sounds like a keeper, Patti! We hope to see more of him tonight at Patti’s big birthday bash at Koi — live coverage starts at 7 p.m. PST.