The Twilight Saga concludes this November with Breaking Dawn — Part Two. But the one character fans are dying to meet if Renesmee, daughter of Bella (Kristen Stewart) and Edward (Robert Pattinson). Guess what? She’s here.

Related story You Can Pick Up the New Twilight Book Midnight Sun at Costco Right Now
The Buzz – Breaking Dawn: Bella, Edward and Renesmee Pose for Their First Family Photo!
Have you been PATIENTLY waiting to see a picture of Bella and Edward Cullen’s precious half-vampire, half-human baby girl? We’ve got it here!

Skip the baby shower and put away the birth announcements. Renesmee, the half-human, half-vampire offspring of Twilight heartthrobs Bella (Kristen Stewart) and Edward (Robert Pattinson) is on the scene and all grown up, according to the first official image.

Summit Entertainment shared the first shot of the anticipated Breaking Dawn — Part 2 character with Entertainment Weekly. And if you don’t know why sweet baby Renesmee is significant… well, sit down, because we’ve got a strange story to share with you.

As we learned in Bill Condon’s The Twilight Saga: Breaking Dawn — Part 1, Renesmee almost claimed Bella’s life after a very difficult birth. The baby almost devoured “mommy” from within, forcing Bella to drink human blood just to survive and feed her creature offspring.

Now that Renesmee’s here, she’s going to start a new leg of the classic Twilight love triangle by forming a bizarre relationship with werewolf Jacob (Taylor Lautner), who once pined for Bella.

Can you keep all of that straight?

Mackenzie Foy is the lucky young actress who landed the coveted role of Renesmee. She’ll appear alongside Lautner, Pattinson and Stewart when the fourth (and final) Twilight movie reaches theaters on Nov. 16.

Breaking Dawn — Part Two brings to a close the lucrative franchise derived from Stephenie Meyer’s best-selling novels. Collectively, the franchise has earned north of $1 billion at the domestic box office. How much can the final installment earn? The sky appears to be the limit. 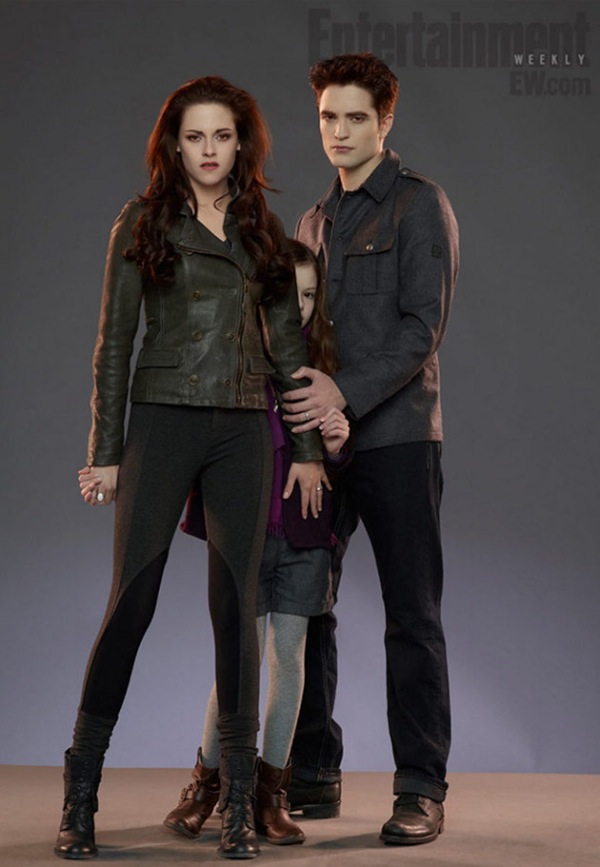