Fox’s hit show Bones is prepping its eighth season. But co-star David Boreanaz revealed on Twitter that this could be the program’s “farewell tour.” Is he teasing fans, or getting ready for the next chapter in his acting career by bidding Bones adieu? 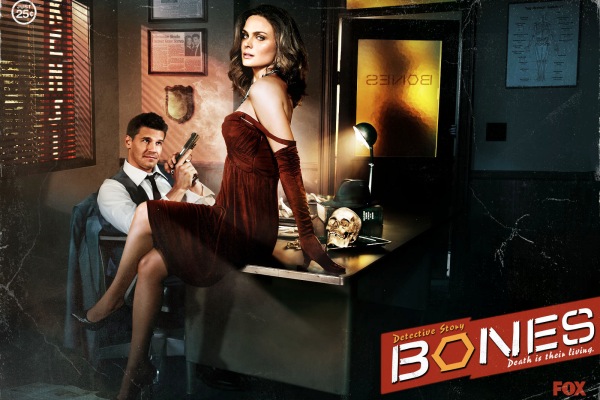 David Boreanaz’s Twitter feed is a mess of hockey talk. The Buffy and Angel hunk is a massive NHL fan, and has spent days cheering on the L.A. Kings and celebrating in the team’s recent Stanley Cup victory. Congrats, Kings.

But in the flurry of NHL-related Tweets, Boreanaz also dropped some serious gossip with regards to his hit television show Bones and its upcoming eighth season: It might be the show’s last.

Bones, which co-stars Boreanaz and Emily Deschanel as romantically involved investigators, was renewed by 20th Century Fox Television for an eighth season back in March. The show and its creative team plan to be at San Diego Comic-Con in July, and Boreanaz says there will be an air of finality surrounding that promotional stop.

“SDCC 2012 shld be a blast and quite possibly the last for #Bones ? Farewell tour? Look forward to seeing everyone there,” the actor Tweeted. “Let’s put this in sports terms. I’m a free agent after this season. So the Bones fair well tour is in full-swing. You must always keep your options open and ready for New challenges. The fear is the unknown and that’s exciting.”

He does use terms like “quite possibly” and includes a couple of question marks, so he’s leaving the door open for more seasons on Bones, for sure. But these come across as the Tweets of an actor who’s ready for the next big gig… whatever that gig might be.

Fox recently bid farewell to another hit TV show in House. But the studio still has big plans for Bones. EW.com says the show averaged more than 9 million viewers in season seven, and while that was down from season six, the network still programmed it into its upcoming Monday lineup starting in the fall.

What do you make of Boreanaz’s comments? Is this the death knell for the show? Or is it just an actor with access to social media keeping his options open?