Who knew? Jake Gyllenhaal and Minka Kelly briefly dated last fall, but they broke it off because Kelly just wasn’t that into him. How dare she! 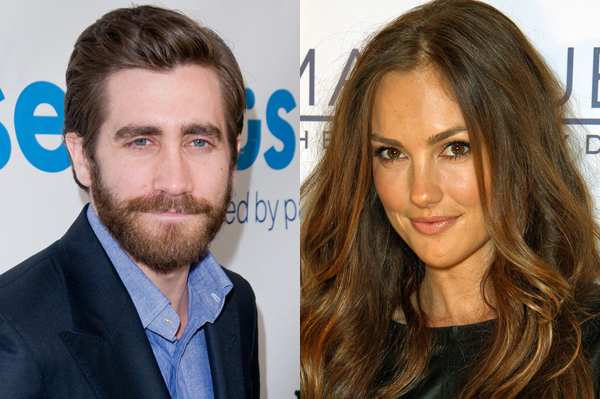 Minka Kelly is apparently the hottest commodity in Hollywood, according to the men who want to date her. The former Friday Night Lights actress dated New York Yankees star Derek Jeter for a couple of years, along with brief flings with Wilmer Valderrama and John Mayer. Here’s one that we didn’t know about, though: Jake Gyllenhaal.

The Source Code actor was apparently really into Kelly and pursued her for a while before she gave in, according to US Weekly.

“Minka wasn’t into Jake when he first pursued her,” a “friend” told the magazine. She later hooked up with Valderrama and put Gyllenhaal on the back burner, though “decided to give Jake another chance” when she ended things with the Venezuelan actor.

It wasn’t a big thing, though. “It was never serious, and it’s over now,” the source added.

Gyllenhaal is no stranger to the ladies. The actor seriously dated both Kirsten Dunst and Reese Witherspoon for several years before hooking up with country cutie Taylor Swift in October 2010. They dated until just after Christmas when Gyllenhaal dumped her. Swift is — of course — dedicating her new album to the breakup.

“There’s just been this earth-shattering, not recent, but absolute crash-and-burn heartbreak and that will turn out to be what the next album is about,” she told Vogue earlier this year. “The only way that I can feel better about myself — pull myself out of that awful pain of losing someone — is writing songs about it to get some sort of clarity.”

As for Gyllenhaal? He’s not hurting for female attention, though he tries to pretend like he doesn’t.

“It’s always tricky getting a girl,” he told iVillage while promoting his 2011 film Love and Other Drugs. “There ain’t nothing easy about it.”

Oh, c’mon Jake — we know better than that.