Celebrities are famous for pushing the fashion envelope. Some of their risks become mainstream while other questionable styles are something no one can get away with, including the celebrity who pioneered the look in the first place. The famous and infamous have been shedding their clothes more than usual this week. And frankly, it hasn’t been good. Let’s take a revealing look. 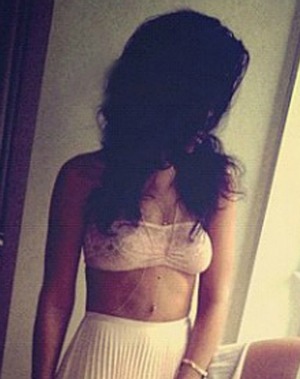 This bold act reignites the debate many of us remember from Seinfeld: Is it a bra or is it a top? In this case, it’s really neither. But it is lace, it is pink and it is see-through. While we’ve come to expect outlandish wardrobe choices from RiRi, this is a bit lacey and racey, even for her. I suppose now that she has a billboard of herself in the nude in Times Square she thinks she can parade around in whatever she wants. So what’s up with our girl lately? In the last week she’s been surrounded by lesbian, Chris Brown and rehab rumors. Whatever the case, her “people” need to tell her it’s not okay to step out on the streets of Manhattan in a bra/top. Trust us when we say we don’t want this look to be copycatted by the masses. 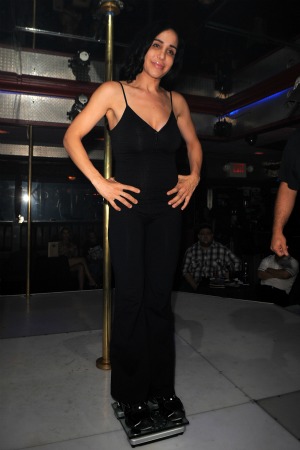 Octomom is nude, crude and gettin’ down with her bad self

Octomom Nadya Suleman has partnered with porn studio Wicked Pictures to release photos of what would normally be considered “alone time.” When you have processed through that and are done throwing up in your mouth, I’ll continue. This official bottoming out by the maternal mess known as Octomom begs many questions, chief among them being: Is there a large segment of the population who wants to see a woman who has had 14 children naked? Who are these people? For Octomom’s part, I guess a girl’s got to pay the bills, especially when those bills include over $500 for haircuts. It’s a bit alarming how a mother of so many can be so short-sighted. All those kids are going to grow up someday, and presumably have access to the Internet. Lord help one of those Octobabies if they stumble on a picture of Mommy touching her “areas covered by a bathing suit” with their toys scattered in the background! 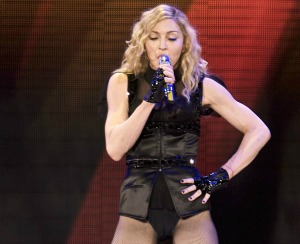 Are you as tired of reading about Madonna as we are writing about her? This is getting ridiculous. First, there was the “nip-slip,” and now evidently Madge has bared her backside and mooned the audience. Lovely. Can’t wait to see what she does at her next concert. She only has so many body parts worth baring. This is offensive, not because she insists on exposing herself, but is there a clearer way to say, “I know my music’s not enough to hold your attention so I better start taking off my clothes.” So much for empowering women. Is that supposed to be our go-to when we’re not getting the desired attention? Can you imagine the uproar if a male performer did that? What if Mick Jagger was doing a show and just pulled his junk out of his pants for the world to see? First, ew. Second, he’d probably be locked up for indecent exposure. It’s time for Madonna to take her toys and go home.

Madonna’s nip slip isn’t a slip at all >>

Where are these people’s mothers? Oh wait, most of them are mothers! The next time our kids think we are embarrassing them, all we have to do is show them a picture of Madonna and say, “Oh yeah? Well at least I’m not on stage exposing my naughty bits for the world to see.”