Criminal Minds is getting a new cast member. Jeanne Tripplehorn, who previously played Barb Henrickson on Big Love, is joining the show. Following the departure of series regular Paget Brewster, Tripplehorn is ready to fill her profiling shoes. 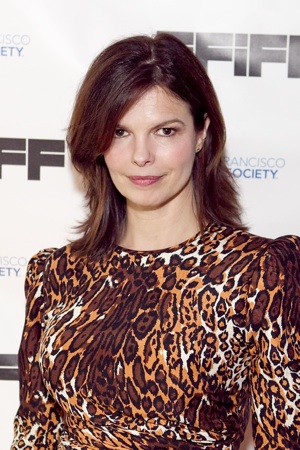 Jeanne Tripplehorn is a busy lady. After appearing on HBO’s Big Love for five seasons, she’s ready for another gig. The actress has scored a new role on the popular CBS drama, Criminal Minds.

According to The Hollywood Reporter, Tripplehorn has signed on to replace Paget Brewster, who left the series at the end of last season. She’ll play a new FBI profiler, working alongside Thomas Gibson, Shemar Moore and Joe Mantegna.

Following the cancellation of Big Love, Tripplehorn took a much-needed break. Instead of latching on to another full-time job, she made small appearances in projects such as New Girl. She guest-starred on two episodes of the comedy where she played the scorned ex-wife of Dermot Mulroney.

Back in April, Tripplehorn told THR, “There’s not a lot out there right now. It’s hard after Big Love. The writing was so good. The experience was so rich and so deep and over such a long period of time, I hope that I will have an experience like that again, but it may take a while. It was as gratifying an experience as I’ve ever had.”

Criminal Minds must have something serious to offer, because she’s changed her tune. Rather than jumping on the pilot bandwagon, Tripplehorn went for an established property. And she’s not the only one.

In 2010, Sela Ward joined the cast of CSI: NY as a replacement for regular Melina Kanakaredes. There must be something in the water over there.

Are you excited about Tripplehorn joining Criminal Minds?