Metallica and the FBI have teamed up for a media blitz to find Morgan Harrington’s killer. The band and other agencies have ponied up $150,000 in reward money — watch the video to see if you can help! 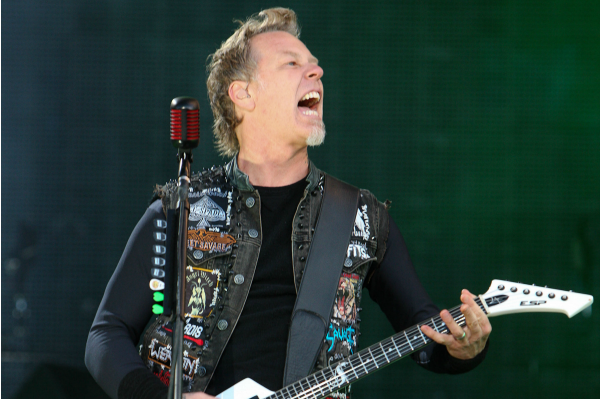 Metallica and the FBI need your help finding Morgan Harrington’s killer. The 20-year-old fan of the heavy metal band disappeared after attending a concert in October of 2009. Her skeletal remains were discovered about three months later in a remote hay field just 10 miles away from the concert venue.

“Remember, any information — no matter how small you might think it is — could be that crucial piece investigators need to help solve the case,” Metallica lead singer James Hetfield can be heard telling the public in a new video, which can be viewed below.

Metallica and Sesame Street help the war on terror >>

Morgan Harrington was an aspiring teacher attending Virginia Tech at the time of her murder. While the student’s T-shirt was found in front of an apartment building near the arena, a camera and a crystal necklace she had with her were never located. The Associated Press reports she was last seen hitchhiking.

As part of the media blitz to find the Metallica fan killer, composite sketches of the main suspect will be featured at bus shelters and on digital billboards up and down the coast

“Our big motivation now is to catch this man and help save the next girl because he is a predator at the top of his game,” Gil Harrington, mother of the victim, said. “I have urgency as time goes on as to where he’s going to strike next.”

The Jefferson Area Crime Stoppers is offering $100,000 for any information leading to an arrest, and Metallica has also put up a $50,000 reward.

Watch the video made by Metallica and the FBI here!

Do you have any information that could help find the Metallica fan killer? Don’t forget to share the video, as someone else just might!