A vague reference by rock god Eddie Van Halen has pundits predicting that the reunited super group could be the NFL’s choice for the Super Bowl halftime entertainment. Does that make you Jump for joy, or are the rockers past their prime? 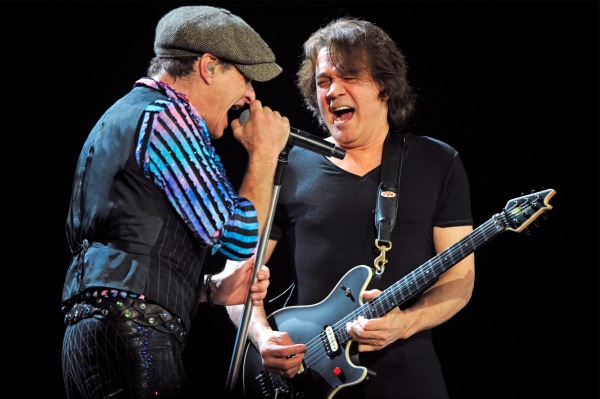 Get ready to “Jump” for joy, Van Halen fans, and “Dance the Night Away” in New Orleans, for the reunited rockers are rumored to be the NFL’s choice for halftime entertainment at Super Bowl XLVII, which is scheduled to be held in the Superdome.

The source of the rumor stretches back to a USA Today interview guitarist Eddie Van Halen, 57, recently gave where he said the band will tour Japan in November, then “in the new year, we’ll possibly do something special, but I can’t talk about it.”

From there, Pro Football Talk columnist Mike Florio connected the dots to suggest that Van Halen could rock the stage from New Orleans while America takes a collective halftime break.

“I’ve yet to come up with all the ‘special’ things a rock group can do that would require extreme discretion (although in some states that list could be longer than in others), but playing at the Super Bowl would be at or near the top,” Florio writes. “Other than the glorified karaoke entourage known as the Black Eyed Peas in early 2011, the post-wardrobe malfunction halftime shows have featured acts who have been alive for all of the past Super Bowls, and then some.”

In that same USA Today article, Eddie Van Halen states, “We bit off more than we could chew… This record took a lot out of us. And we went on tour earlier than we wanted to so we could play Madison Square Garden (in March, before a renovation), and that threw the schedule out of whack.”

Could it get back on track with a Super Bowl gig? It sure seems likely. The NFL has worked its way through the bulk of the classic rock icons it can tap to play the event, from The Who and Bruce Springsteen to Prince. Van Halen would be interesting, just to see what hits they could cram into a shortened set. What do you think? Should Van Halen get the gig? Or would you rather see another act in their place?