Jenny McCarthy is gearing up to take it off for Playboy to prove motherhood can be hot. Don’t read into that too much, though — this single mom isn’t planning for any more babies down the road! 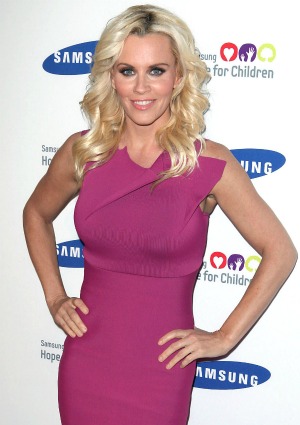 Jenny McCarthy wants everyone to know that she didn’t walk away from her relationship with Jim Carrey with millions in her pocket. The mother of 10-year-old Evan spoke of motherhood and oh, so much more during a recent interview on The Wendy Williams Show.

“I was so tired of just seeing the 20-year-olds just considered sexy. I was like ‘Milfs are hot too.'”

On reports she received millions from ex Jim Carrey:

“That’s not true… I did not get 50 million dollars. I didn’t get 25 million dollars. I went into it going ‘I’m going in with [mine] is mine and his is his’ and I’ve always been a really strong independent woman and get back on my feet after being kicked… you know. I’ve done it all on my own. I did not want to participate.”

About the time she texted a nude photo to her son’s dentist:

“So Evan had this… abscess just sticking out from his gum and I’m like ‘OMG that’s disgusting.’ So I called the dentist… and he’s like ‘take a picture of it and send it to me…’ I sent him a nude by accident. I swear to God. I was like with my boyfriend… Can you imagine? The guy is like 80 years old!”

Jenny McCarthy on Evan and the possibility of more children:

“Evan is doing amazing. He was undiagnosed from having autism, clinically which is incredible. He’s not the only one, there’s thousands of kids that get better. It was a long journey. He’s the love of my live.”

“I want to give Evan all my attention, because I am a single mom. I think, this uterus is closed.”

Check out a clip of Jenny McCarthy’s appearance on The Wendy Williams Show below!