Gore Verbinski’s planned reboot of The Lone Ranger has encountered countless obstacles since the moment it was announced. The latest reports say the film is way over budget (again) and that the script is enduring rewrites… even though it has been filming since February. 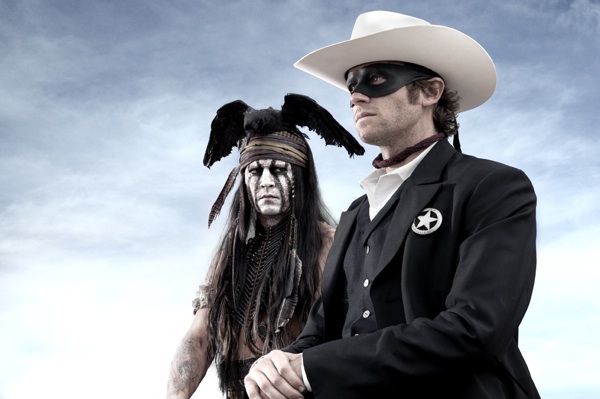 Insiders close to the ongoing production of Gore Verbinski’s The Lone Ranger have told The Hollywood Reporter that the large-scale Western tentpole picture has exceeded its budget and is once again “up to a number [the studio] didn’t want.”

Verbinski began shooting his Lone Ranger on Feb. 28 in New Mexico. The film stars The Social Network and J. Edgar star Armie Hammer as the law-enforcing ranger of the title. The draw, though, is the presence of Johnny Depp as the Lone Ranger’s trusty sidekick, Tonto.

But the road through pre-production has been bumpy, to say the least. As we reported back in 2011, Walt Disney Studios and producer Jerry Bruckheimer had to push back their planned release date on Ranger because of budget issues. The studio, according to THR, wants to keep Verbinski in the ballpark of $215 million in production costs. The new THR article says Lone Ranger likely has surpassed the $250 million mark (though a studio rep calls that figure “inaccurate”).

There are other causes for concern. THR says that Verbinski — who directed three lucrative Pirates of the Caribbean movies for Disney with Depp in the lead — is “running days or possibly weeks behind [his] 120-day shooting schedule,” and that the filmmaker is now being asked by the studio to rewrite parts of the movie and cut scenes. One such sequence involving a train was scrubbed from an earlier version of the script. Insiders also say that unpredictable weather conditions have plagued the set and caused interruptions.

Yet all is not lost. Those who’ve seen footage say that Verbinski’s Lone Ranger could do for the Western genre what Pirates did for seafaring films… namely, make them bankable in overseas territories.

As one insider summed it up, “[The spending is] out of control, but if you were going to bet on anyone, it would be on Gore, Johnny and Jerry.”