Set in 1987, this movie is a rock-and-roll fairy tale about a sweet little girl with big hair lost in a metal-band wonderland. Full of campy, over-the-top performances, Rock of Ages will have you singing in the movie theater — I did! 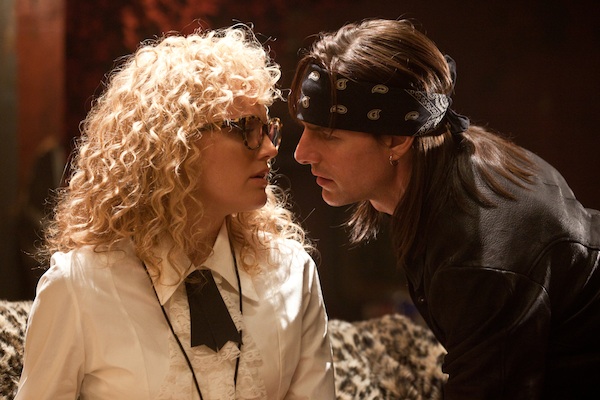 The film opens with Sherrie (Julianne Hough) getting on a bus in the Midwest, headed for Hollywood. As she and the other passengers sing “Sister Christian,” it becomes clear this movie plans to mine loads of fun from an era of MTV-created stars with ginormous hair, ripped jeans and silly choreography.

Once at the mythical Sunset Strip, Sherrie stands in front of the extinct dinosaur that was Tower Records and meets nice rocker Drew (Diego Boneta) who gets her a job at hot metal club The Bourbon Room. 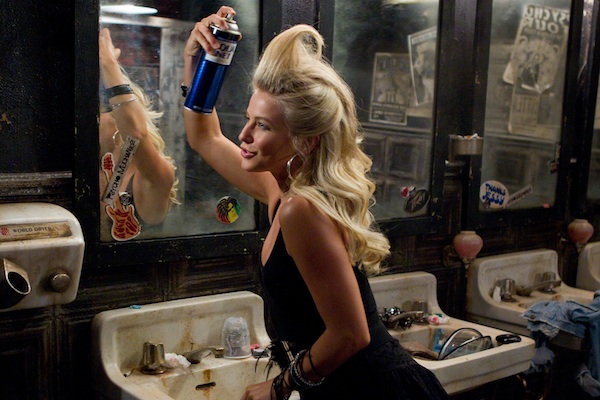 Sinking in debts from unpaid taxes, the Bourbon Room’s owner Dennis Dupree (Alec Baldwin) bemoans his fate with loyal headbanger Lonny (Russell Brand). With the help of music manager Paul Gill (Paul Giamatti), they can save their club if only famed rocker Stacee Jaxx (Tom Cruise) agrees to perform his farewell concert at the Bourbon.

But Dennis and Lonny have even bigger problems — the city’s mayor and his wife Patricia (Catherine Zeta-Jones) plan to clean up the depraved Sunset Strip, starting with closing down the Bourbon Room.

There’s lots of silliness in Rock of Ages, like Stacee Jaxx’s leather-clad baboon and super-twisty tongue kissing, but the songs and the committed performances provide solid entertainment for the entire two hours. No small feat.

Julianne Hough transfers into the rock world beautifully. She’s no Joan Jett, but she loves rock-and-roll and manages to keep her grace and dignity despite sinking to pole-dancing status.

Alec Baldwin and Russell Brand make for strange bedfellows but this power couple steals the show. Their artful understanding of comedy makes for the most hilarious duet possibly ever put on film. 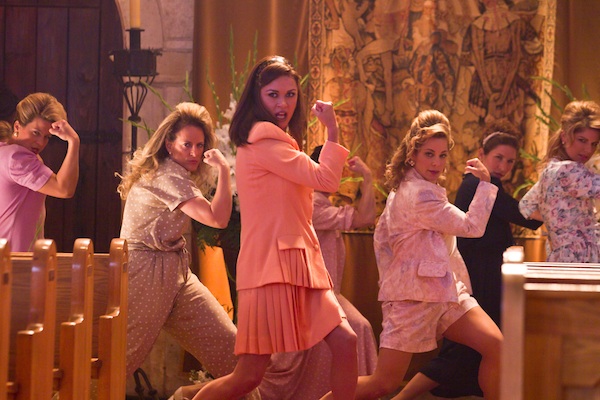 The uber-talented Catherine Zeta-Jones leads her crusading group of moms-against-satanic-rockers in a show-stopping “Hit Me with Your Best Shot” with choreography inspired by Michael Jackson’s “Beat It” music video and perhaps a little Baz Luhrmann thrown in.

Bottom line:  Rock of Ages brings the best of ’80s rock to the big screen, never taking itself too seriously. You will love laughing and singing along to this fun, nostalgic musical. Enjoy!