The Hunger Games was huge. The sequel, Catching Fire, should be bigger. So Lionsgate just revealed plans to shoot key sequences of the movie using IMAX cameras. Will bigger mean better? 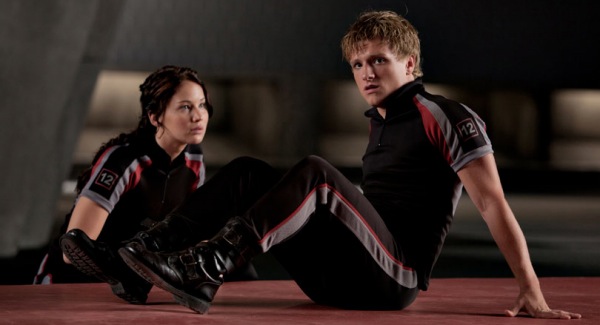 The Hunger Games is one of the biggest successes of the 2012 movie year to date. In fact, until Marvel Studios unleashed The Avengers, Games was the biggest movie story.

Plans are moving forward on Catching Fire, the sequel to Lionsgate’s massive movie hit, and the studio has figured out one way to ensure that the next movie will be even bigger than the first.

That’s what Lionsgate motion picture group co-chairs Rob Friedman and Patrick Wachsberger confirmed to the Hollywood Reporter, saying that Catching Fire director Francis Lawrence plans to use IMAX cameras for certain scenes, allowing Lionsgate to screen the sequel in multiple IMAX theaters (as the studio did with the original Games).

Expanding to IMAX helps studios collect additional revenue from a more expensive movie ticket price… not that Games needs much help in that department. The original film, released in March, earned a staggering $648.2 million at the global box office according to Box Office Mojo. And sequels generally outperform their predecessors at the box office.

Lawrence, meanwhile, isn’t the first to attempt these visual tricks. Christopher Nolan, director of the beloved Batman trilogy, shot chunks of his The Dark Knight using the 70MM ratio structured to fit the IMAX screen. He’ll do the same for this summer’s The Dark Knight Rises, which reaches theaters on July 20.

Hunger Games fans will have to wait a little while longer than that to see what I Am Legend helmer Lawrence cooks up for Catching Fire. The Games sequel isn’t due in theaters until Nov. 22, 2013. While it’s certain Jennifer Lawrence and Josh Hutcherson will return to the franchise in the pivotal roles of Katniss Everdeen and Peeta Mellark, producers still need to hire actors to portray Finnick Odair, Johanna Mason and Plutarch (though we recently learned that role had been offered to Philip Seymour Hoffman, if he wants it).

11 mins ago
by Alyssa K. Davis