Miss Pennsylvania Sheena Monnin resigned from the Miss USA pageant after she claimed the whole thing was rigged. Officials dismissed her claims, though another contestant has come forward to confirm her story. 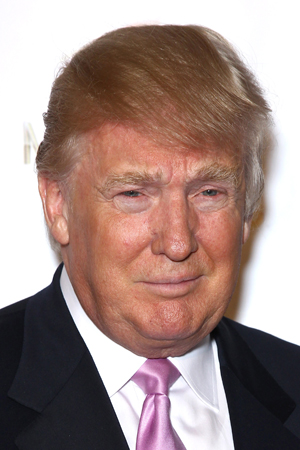 Maybe Miss Pennsylvania was right after all.

Another Miss USA contestant has come forward to say she also saw the list of finalists backstage before the show.

“I saw Florida backstage and she was very, very flustered and upset,” the anonymous beauty queen told Fox News. “I thought it might be because she didn’t make the top 15 cut, but at that point she was able to reveal to me at least four of the five names who went on to be the top girls.”

“She couldn’t remember the fifth because she was so upset,” the woman added. “Several of the girls started hearing through the grapevine about a list; a lot of people were upset.”

The story jibes with the one Miss Pennsylvania told last week when she announced her resignation from the circuit. Sheena Monnin, 27, wrote in a Facebook post that she “can no longer be affiliated in any way with an organization I consider to be fraudulent, lacking in morals, inconsistent, and in many ways trashy.”

Monnin added that Miss Florida Karina Brez first saw the list backstage and shared it with others, though Brez tried to distance herself from the whole thing.

“Backstage during the pageant, I did see a piece of paper with names on it and like most people in such frenetic circumstances, joked that they must be names of the final contestants,” Brez said in a statement. “It was a throwaway comment, in the stress of the pageant, and was never meant as fact. The list I saw didn’t even have the eventual winner on it.”

Reps for the Miss USA pageant and director Donald Trump said Monnin was just upset at the decision to allow transgendered contestants in the show. They quickly announced plans to sue, though offered to back off if she apologized.

“If Ms. Monnin in a writing received by Mr. Trump within the next 24 hours apologizes and withdraws her utterly baseless claim that the Miss USA pageant results were predetermined, then and only then will Mr. Trump and the Miss USA Organization not proceed with litigation against Ms. Monnin seeking massive damages for her defamatory and offensive remarks,” a rep for the pageant said in a statement.

She didn’t take back her words.

What will happen now that another contestant has come forward? This is about to get good.

8 mins ago
by Giovana Gelhoren