Private Practice is losing its star. After season six, Kate Walsh will officially hang up her stethoscope. The actress has finally come out and confirmed what we already knew. She’s leaving the show. 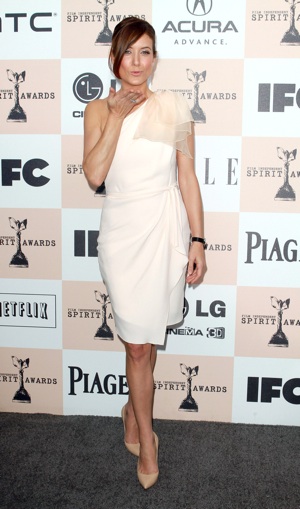 Kate Walsh is ready to kiss Private Practice goodbye. The actress, who plays Addison Montgomery on the medical drama, is jumping ship.

Between her stint on the spin-off and Grey’s Anatomy, she’s played the character for a respectable eight years.

But now, the actress is ready to retire the good doctor. According to Zap2it, Walsh officially announces her exit on today’s episode of Bethenny.

She reveals, “This is my last season for Private Practice. It’s been an incredible journey an amazing ride. I’m hugely, hugely grateful.”

“It’s been a long time being Addison. I feel incredibly grateful to Shonda Rhimes and all the fans that have been there from day one to now. I’m really excited about the last season.”

Prior to Walsh’s admission, her Private Practice co-star Tim Daly (Dr. Pete Wilder) was let go from the show. With him out, and her time winding down, fans wonder if the series’ end is near.

As of now, ABC has renewed the drama for a sixth season that will run for at least 13 episodes. Even though it never achieved the pop culture status of its predecessor (Grey’s), Private Practice has held its own in the ratings.

It will be interesting to see if the show will survive after the departure of both Daly and Walsh.

Are you sad to see Walsh go? Can Private Practice survive her exit?