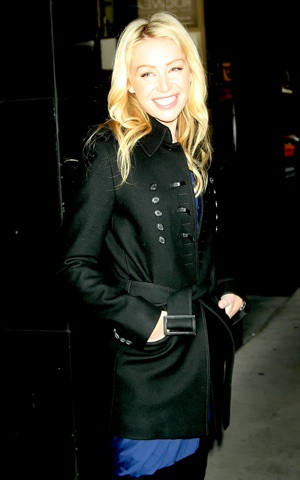 The Munster’s makeover is complete. NBC has found the final piece to its casting puzzle. The family at the center of its reboot Mockingbird Lane finally has a matriarch, and it’s Portia de Rossi.

De Rossi will go goth for her role as the new Lily Munster. She’ll be the leading lady in the series based on the horror sitcom that ran from 1964-1966. The actress joins Jerry O’Connell, who was previously cast as her Frankenstein-esque husband Herman.

The family fills out with Eddie Izzard’s Grandpa Munster, who’s also a vampire. Then there’s Herman and Lily’s son Eddie (a werewolf), played by Mason Cook, and Marilyn (Charity Wakefield), their “plain-looking” niece.

Mockingbird Lane isn’t a direct remake of the classic comedy. It’s much darker and has a drastically different tone.

Creator Bryan Fuller told Entertainment Weekly, “The script is such a dramatic departure from the tone and style of the original show. If we continued to call the show The Munsters, people are just going to to think we’re doing The Munsters. We’re doing a reinvention and re-imagination of this property.

He continued, “I love the Universal monsters. I love The Creature from the Black Lagoon, The Invisible Man, The Wolfman, Phantom of the Opera, The Mummy. There’s so many great characters we can run through this metaphor of family storytelling that it just felt it was ripe to do as a one-hour dramedy. Having all those elements to play with, the toy box is really, really full.”

Mockingbird Lane originally was set to premiere this fall, but now NBC’s aiming for midseason.

What do you think of De Rossi as Lily Munster?