Just a week before the release of his new album Believe Justin Bieber shows up for a free show in Mexico City, playing to as many as 210,000 people. 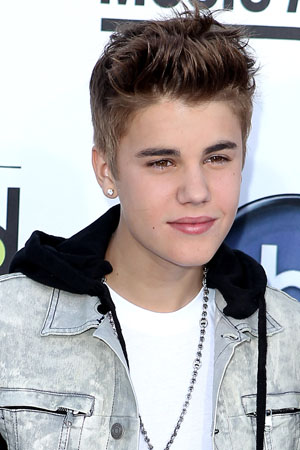 Well, you can never say Justin Bieber doesn’t promote himself.

With an album coming out in a week, he performed a free show to 200,000 fans in Mexico City this week.

According to Reuters, the concert took place at Zocalo Plaza, and authorities are estimating as many as 210,000 people may have shown up.

“Some die-hard ‘Beliebers’ had camped out for days in central Mexico City to ensure prime position at the mega concert,” reported Reuters.

“Mexico City, there is a lot of people today!” Bieber told the crowd, according to the Huffington Post. “Every one of you is my biggest fan.”

Bieber held a similar show last month on Norway, causing a stampede which injured 49 fans. Mexican officials were very aware of this, and did everything they could to step up security.

“Most of the fans will be between 10 and 17 years old. There will be a lot of girls,” said a city official, the Huffington Post reports. “We are being very careful that the majority of the police are women and we are taking precautions so that there is no rush toward the stage.”

Bieber agreed, stating “Being 18, I feel like I do have a responsibility to be a good role model” in a news conference before his show.

He also spoke about his new album.

“I’m not perfect but at the end of the day I always want to send a message,” he said, according to Reuters. “Everybody, no matter being young or old, can always use a positive message; that’s why I named my album Believe.”

Bieber chose only seven cities worldwide to “showcase” tracks from his new album before its June 19 release date. Mexico City, Oslo, London and Paris were a few of them.

His U.S. tour kicks off at the end of September, and sold out in less than an hour.