Kelly Ripa’s no stranger to co-hosts. But beginning Monday, the producers of Live! are opening the doors to you… Ripa’s fans. Think you have what it takes to co-host the show? Find out how to apply. 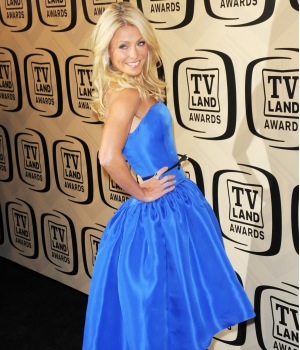 Do you think you have what it takes to put down that coffee mug and move from casual viewer to Live! With Kelly co-host?

Soon, you might have a chance to show producers your stuff.

The syndicated morning television talk show has launched a nationwide search for the ideal co-host to share the desk with Kelly Ripa… for one day, at the very least. Beginning Monday, June 18, Live! viewers who think they have what it takes can submit audition videos showcasing their broadcasting skills to the network via mail or online at LiveWithKelly.tv and CohostSearch.com.

According to a press release, the deadline to enter the co-hosting contest is June 29, with the top 10 semi-finalists being announced on July 9. Of those contestants, the Live! audience will narrow the pool down to the top five finalists. Those candidates will be revealed on July 11.

From there, the five finalists will venture to New York during the week of July 16 to try out for the show. The contest winner will co-host the program alongside Ripa on July 24.

Ripa is no stranger to co-hosts ever since Live! mainstay Regis Philbin retired. She has shared the screen with a variety of talents, from her husband, Mark Consuelos, to mega-comedian Jerry Seinfeld. In April, the program unveiled a completely new set, but the search for a co-host is ongoing.

Will the contest winner stick? Could they possibly become the new co-face of Live!, similar to the way Ripa replaced Kathy Lee Gifford in 2001? Stay tuned.