Shortly after winning American Idol, Phillip Phillips had to be hospitalized for a kidney ailment. Now, he’s back on his feet and ready to entertain as part of the American Idol Live tour, which launches in July. 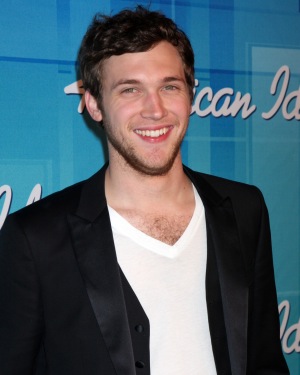 Winning American Idol is supposed to bring an up-and-coming singer-songwriter fame, fortune and a coveted record contract. Poor Phillip Phillips celebrated his recent victory on Idol, though, by checking into a Los Angeles hospital and undergoing kidney surgery.

What you might not have heard about Phillips is that while he was competing in the most recent season of Fox’s talent show juggernaut, he was battling a kidney ailment and wrestling with kidney stones that were deemed too big to pass.

But the 21-year-old singer-guitarist told E! News that he is officially out of the hospital, finished with surgery and ready to entertain his fans.

“I’m out of the hospital and back to work!” Phillips told the network. “Looking forward to the future.”

That immediate future is going to be on the road.

As is the case with every American Idol winner, Phillips acts as the headliner on this summer’s American Idol Live tour, which is scheduled to begin on July 6 in Detroit. All reports indicate that Phillips is healthy and ready to begin the tour with this year’s top 10 contestants, and that he’ll stay on the tour for the duration of the 45 shows. That’s great news for Phillips, as well as for his fans who paid good money to hear him sing when he pulls into their town.