Hollywood has lost another star from its Golden Age. Ann Rutherford, who appeared in Victor Fleming’s Gone With the Wind, has died. The Canadian-born actress leaves behind a legacy of memorable film and TV roles. 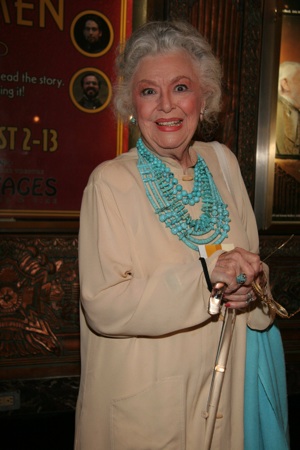 Ann Rutherford, who had a booming career in the ’30s and ’40s, has died at the age of 94. The actress had been in declining health, and suffered from severe heart problems.

Rutherford was born Nov. 2, 1917 in Vancouver, British Columbia, which (at the time) was a far cry from Hollywood. During her career, she was mainly known for her role as Carreen O’Hara, sister of Scarlett O’Hara (Vivien Leigh) in Gone With the Wind.

She was one of the last living actors from the film along with Olivia de Haviland (Melanie Hamilton Wilkes) and Alicia Rhett (India Wilkes).

Rutherford was also known for playing the love interest to Mickey Rooney in the Andy Hardy film series. Overall, she appeared in 12 Hardy movies spanning from 1938-1942.

During her later years, Rutherford made multiple TV appearances, before retiring in 1976.

Gone with the Wind celebrates 70 years >>

According to the Alt Film Guide, Rutherford famously turned down the role of Rose in the Oscar-winning epic Titanic. The part eventually went to Gloria Stuart, who scored an Academy Award nomination for her performance.

In 1998 she told Patrick Picking, “They wanted me to read for the part, and I just don’t do that anymore. They told me I would have to go for location shooting in Mexico, and Poland. I said ‘Mexico? Are you crazy?!’ I’ve been to location shoots in Mexico before, and everyone ends up getting sick. And me, playing someone who’s 101 years old? I’m not there yet!”

Rutherford is survived by her daughter and two grandsons.