Catching Fire is trying to catch an Oscar winner. Producers currently are courting Philip Seymour Hoffman for an integral role in the upcoming Hunger Games sequel. If he signs on, he could share some key scenes with heroine, Katniss Everdeen (Jennifer Lawrence). 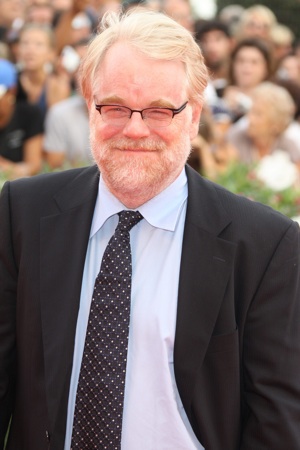 Another Catching Fire casting rumor has hit the net. This time, The Hunger Games sequel has its eye on Academy Award winner Philip Seymour Hoffman.

According to multiple reports, Hoffman is being courted to play Plutarch Heavensbee. He’s the character who picks up where Wes Bentley’s Seneca Crane left off in the previous film.

Heavensbee is a small but pivotal role that plays an important part in the grand scheme of the trilogy. In Catching Fire, he’s the Head Gamemaker and more than what meets the eye.

In terms of personality, Heavensbee is very politically motivated. In his mind, The Hunger Games aren’t the be all, end all. He has plans that will affect members of the Capital as well as the rebellion.

During the past few weeks, most Catching Fire news has been focused on Hunger Games legend, Finnick Odair. Every actor between the ages of 25 and 32 have been rumored for the part, including Twilight’s Robert Pattinson. But Lionsgate has yet to confirm anyone for the role.

Hoffman is an amazing actor and he’d be a wonderful addition to the film series. He recently finished a run on Broadway in Arthur Miller’s Death of a Salesman. His performance scored a Tony Award nomination for best actor in a leading role in a play. But unfortunately, he lost out to James Corden for One Man, Two Guvnors.

Catching Fire begins shooting this fall and is scheduled to hit theaters Nov. 22, 2013.

What do you think? Can you see Hoffman has Heavensbee?