If you’re like me and totally gaga over Tom Cruise, you’ll jump for joy when you find out the character of Les Grossman just might live on in a spin-off to Tropic Thunder. Ask… and you shall receive! 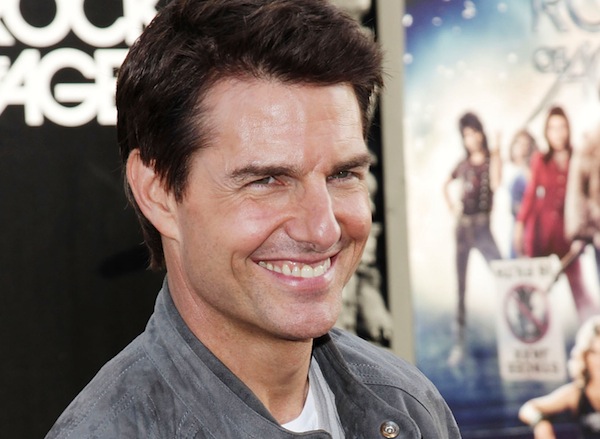 The angry Hollywood agent Tom Cruise played in the 2008 war movie spoof Tropic Thunder isn’t confined to his L.A. office with only a BlackBerry to yell into anymore. Recently, it’s been revealed that there might be a movie in the works starring this rap-loving, gold-chain wearing character that “brought Tom Cruise” back, as critics like to say.

I will massacre you!

Although rumors of a spin-off movie have been circulating ever since Cruise and Jennifer Lopez appeared in a duet at the 2010 MTV Movie Awards — they danced to Ludacris’ Get Back, the same dance Cruise performs during the closing credits of the film — there’s never been an official confirmation that anything is in the works.

So, the question remains, would Cruise do it again? Don the fat belly, fat hands and bald cap? Screenwriter Justin Theroux, who co-wrote Tropic Thunder with Ben Stiller, revealed recently in an interview with ScreenwritingU that it just might happen.

“It’s not a rumor I’m going to squash because anything is possible,” Theroux said. “There are a few ideas floating around that we’re talking about.” Ever since Cruise played Grossman, Theroux said, they’ve wanted to do a sequel. “He’s so fearless as an actor, he’ll just go there. He’s so much fun,” Theroux said.

But Asia, Jack, is my territory!

Tropic Thunder is a film about a group of actors who get stranded in the jungle while shooting a war movie. They get mixed up in a drug war — all while one of the actor’s agents, Les Grossman, controls everything via BlackBerry from Los Angeles.

Balding, overweight and with a mouth like a sailor, Les Grossman is one scary mutha. And that’s why we must see him back on the big screen again. So, get to work Theroux, Les Grossman fans employ you, bring back TC in a fat suit soon!