As rumors swirl around the news that Timothy Poe lied to get on the show, some of those involved with the show are sharing their opinions on whether he should be able to stay or not. 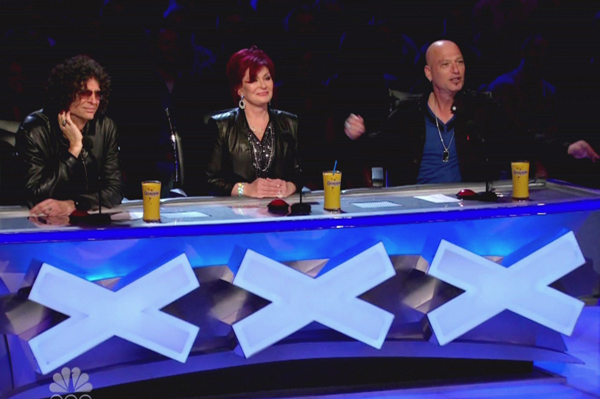 As the controversy brews on about Timothy Poe’s time on America’s Got Talent, some of the personalities on the show are speaking out.

Howard Stern came out today to say — now that Poe is on the show — he should be judged by the viewers.

There has been talk the AGT producers may cut Poe because of the lies he has told. Stern commented on the controversy this morning on his SiriusXM show.

“I do hope that the TV show America’s Got Talent doesn’t boot him off. I hope that they show what happens in Vegas,” The Examiner quoted Stern as saying. “If he doesn’t make it, show that reality, and if he makes it through Vegas, let America vote about him.”

He went on to say that he felt these shows should be based on talent, and not the contestants’ personal lives.

“To me… I always kind of resented American Idol when they would pull someone out because of a drug scandal or an arrest,” said Stern. “Let the audience decide on talent.”

Funny he should say that, as many are saying Poe wouldn’t have made it on the show in the first place if he hadn’t told the stories he told.

On top of Stern’s comments, AGT host Nick Cannon came out today to comment on the controversy.

Cannon told TMZ he always had a feeling Poe wasn’t telling the truth. He noticed one night , as Poe stepped off stage, he stopped stuttering.

“I think he was so caught up in the moment he FORGOT to stutter,” Cannon told TMZ.

Poe has been accused of making up his military credentials, his injury (which he claimed resulted in his stutter) and even entering a photo in the competition that was of another soldier.

If he is allowed to stay on the show, what will stop others from making up even worse, or more heartbreaking stories?