Britney Spears is either doing amazing as a judge on The X Factor or really, really bad. Where’s the truth? Probably somewhere in between.

Related story Britney Spears Shares Birthday Tribute to Her Sons: ‘Love You Both So Much’ 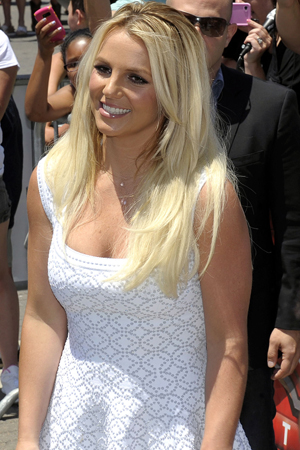 If you were paid $15 million to do a job, your boss would expect you to stay at your desk and do your job during working hours, right? Well, that’s only true if you’re not Britney Spears: The singer walked off The X Factor set during auditions in Austin and again in Kansas City over the weekend. Apparently, Simon Cowell isn’t pleased.

“It’s embarrassing to have an empty seat on the panel in filming sessions as the footage is almost totally wasted. If a great singer appears and producers want to use the audition, you have to tell viewers why Britney wasn’t there. That’s not easy,” a source told the U.K. Daily Mirror of Spears‘ absences.

“Britney is getting $15 million to appear and it could be the biggest gamble Simon Cowell has ever made. If she continues to behave like this it will get embarrassing.”

However, other sources say that Spears is gaining a reputation as the “tough” judge during auditions.

“She’s got a really good instinct, and when she loves something, she looks like she wants to dance on the desk,” a source told People of Spears. “When she doesn’t like someone, she is incredibly tough.”

She apparently put down the “tough love” over the weekend in Kansas City. “You have to be great to be on this show, so [I vote] no,” she told a show hopeful. Then again, she’s ready with the praise, too.

“Whoa! I don’t even believe you’re real,” Brit told a young girl after she performed “And I Tell You I’m Not Going” from Dreamgirls. “Was that just a track? You are amazing! Holy cow! You are a little woman, and you’re going to soar.”

“She’s really massively grown in confidence,” a source added to the magazine of the troubled singer. “She loves interesting and fun auditions and is prepared to stick her neck out and support someone no matter if some of the other judges disagree.”

It’s hard to know what to believe — public relations teams are likely working in overdrive to keep rumors of trouble from surfacing, especially after last season’s judge debacle. However, Spears is doing her part, too: The notoriously shy mother of two isn’t above doing interviews to promote the show.

“I feel like we’ve had a little bit of bizarre performances overall,” she told MTV News of the auditions so far. “There have been some good ones, but for the most part, there’s been some that were pretty bad!”

“We tend to agree with Britney more than others. Honestly, I’m being funny, but she has amazing taste,” fellow judge L.A. Reid added.

As for her reputation as a “tough” judge?

“It’s all tough love … I promise!” she tweeted on Monday.

All we know: We can’t wait to see this season… and that’s precisely why they cast Britney as a judge.